Home > Back to Search Results > The 1873 Modoc Indian War...
Click image to enlarge 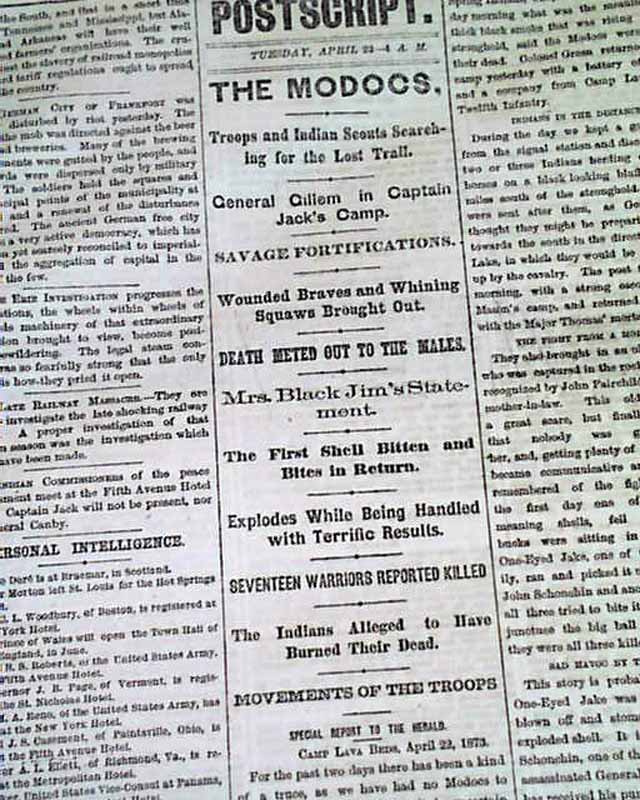 This issue has much reporting on the Modoc Indian War among others. Coverage can be found on pages 5, 7 & 9 with headings that include: "BLANKET INDIANS" "Modoc Jack And His Brethren" "THE RED MEN" "No Hope of Capturing Captain Jack or His Band" "THE MODOCS" "Savage Fortifications" "The Indians Alleged to Have Burned Their Dead" and much more. Lengthy text.
Complete with all 16 pages, nice condition.