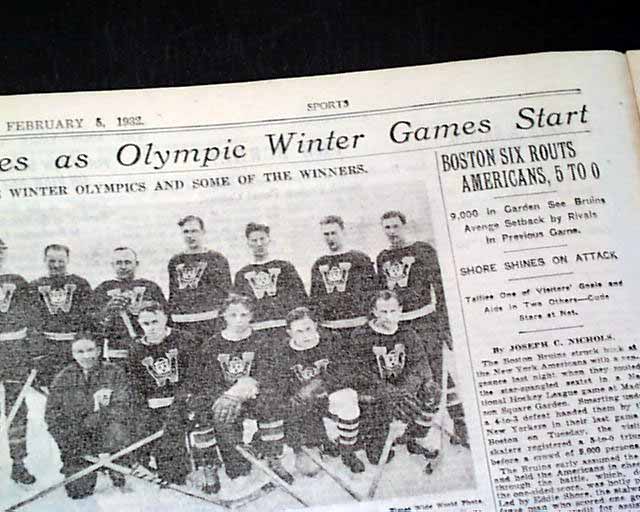 This 44 page newspaper has a banner headline on page 26: "Shea and Jaffee Win Speed Skating Titles as Olympic Winter Games Start" with many subheads and related photos including a photo of the Canada hockey team (see photos).

The Pueblo Incident with North Korea....