Home > Back to Search Results > The slave trade in Africa...
Click image to enlarge 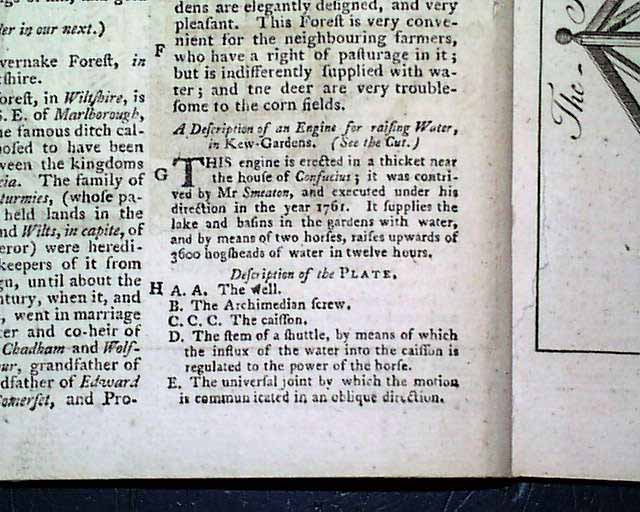 The slave trade in Africa...

Item # 672419 THE GENTLEMAN'S MAGAZINE, London, July, 1763  Perhaps the most significant article is: "Some Observations on the Trade at the Forts on the Gold Coast of Africa" which begins: "It has long been the complaint of the masters of ships trading to the gold coast of Africa & consequently of the owners that their voyages are hurt by the chiefs of forts sending slaves to the West Indies..." with much more, taking nearly 2 pages. Much on the slavery issue.
Other articles include: "Life of Torquato Tasso" "A Description of an Engine for Raising Water in Kew Gardens" which is accompanied by a full page engraving; "Account of a Singular Monument in Derbyshire" "Bath Waters, their Salutary  Virtue" and other items.
Near the back is the "Historical Chronicle" which includes the latest news events of the day, most of which is European but there is also: "Brigadier Murray is appointed governor of Canada; Col. James Grant, of East Florida; George Johnston of West Florida...".
Contains all three full page plates called for.
Complete in 48 pages, 5 1/4 by 8 1/4 inches, full title/contents page with an engraving of St. John's Gate, nice, clean condition.