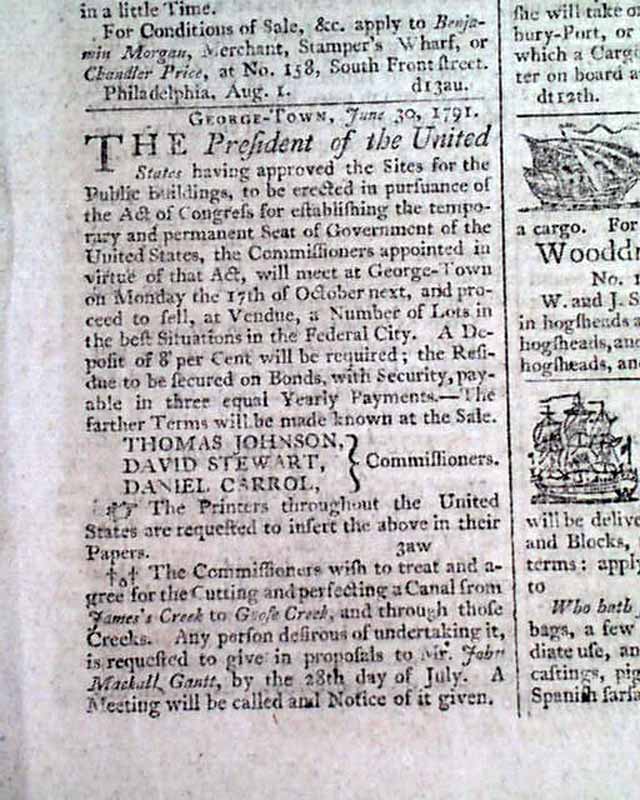 The front page has a nice ad datelined at "George-Town",= concerning the sale of a "...Number of Lots in the Federal City...". Mentions that the President of the United States approved the "...Sites for the Public Buildings pursuant to the Act passed by Congress ...for establishing the temporary and permanent Seat of Government...". Includes details about the sale of the lots described as being "...in the best Situations in the Federal City."
Might be the earliest notice (?) for building lots in the future capital, especially since it appeared in a newspaper from what was then the temporary seat of government of the United States.
Page 3 has a report from Fort Pitt concerning relations with Indians in the vicinity.
Four pages, a few small, discrete archival mends inside, good condition.