Home > Back to Search Results > Review & premiere of "Red Heat", in a Los Angeles newspaper...
Click image to enlarge 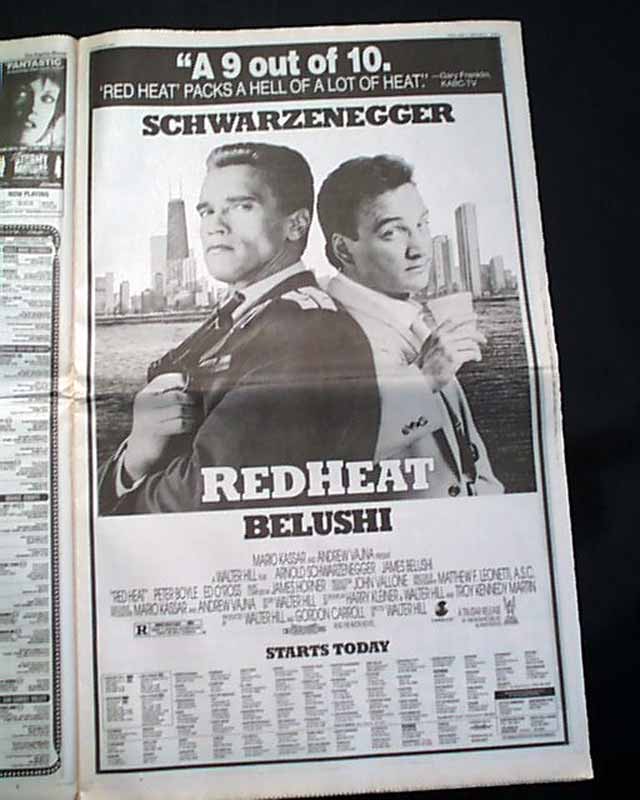 Review & premiere of "Red Heat", in a Los Angeles newspaper...

A terrific issue on the premiere of the motion picture hit "Red Heat" and perhaps no better issue could be found than this, the leading newspaper from the home of the entertainment industry - the Hollywood area's prime publication.

The front page of section VI has a review of the film headed: "Soviet 'Dirty Harry' Hits Chicago Streets in Flashy 'Red Heat'" with photo. And perhaps more significant is the terrific, full page poster-like advertisement for the film printed on it's opening day. (see).
Note that the movie "Great Outdoors" also had it's opening day on this date. (see)
A quite rare issue as it would not have been saved since it contains no historically significant content. Present are the complete sections 1 and VI totaling 58 pages. Great condition. 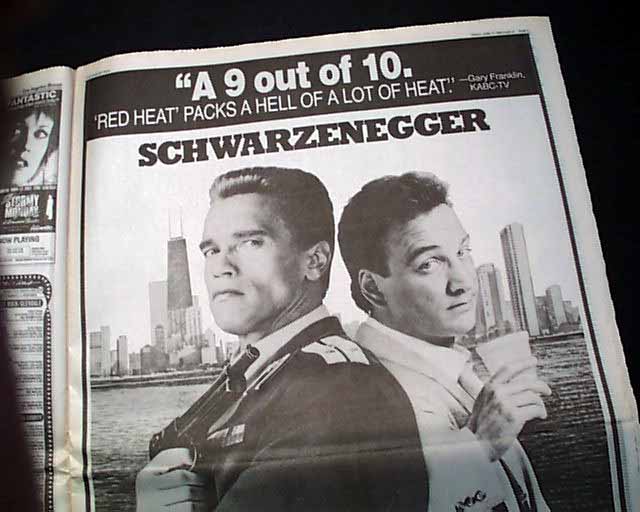 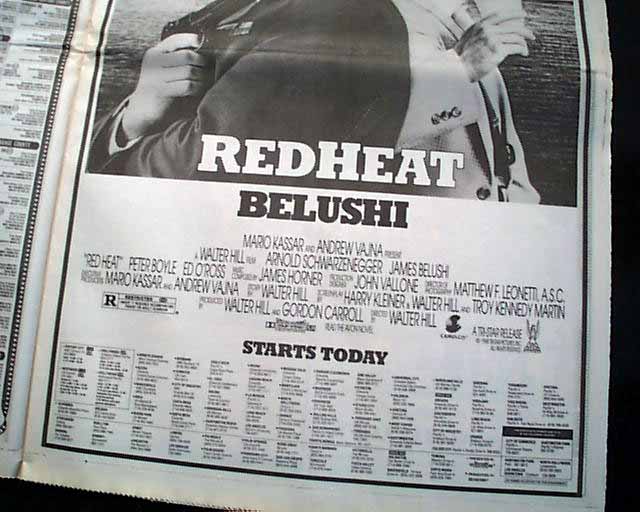 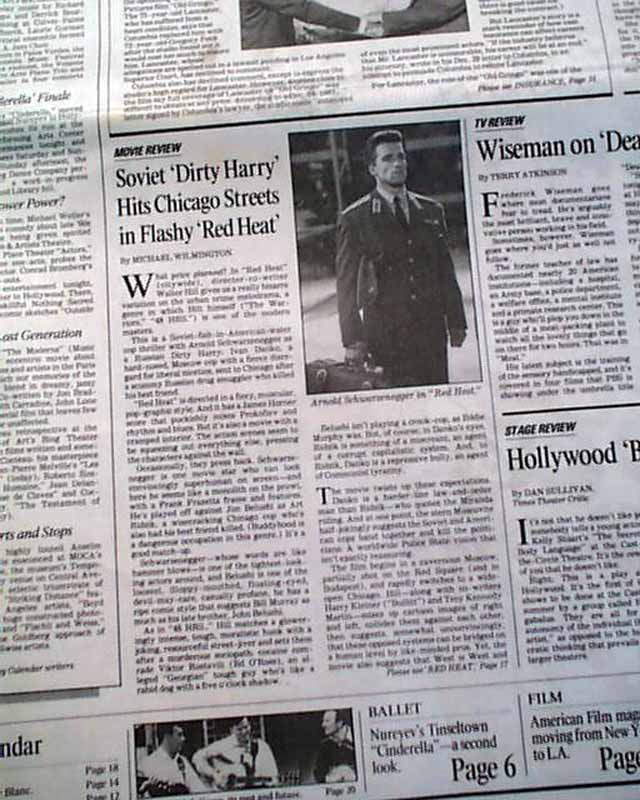 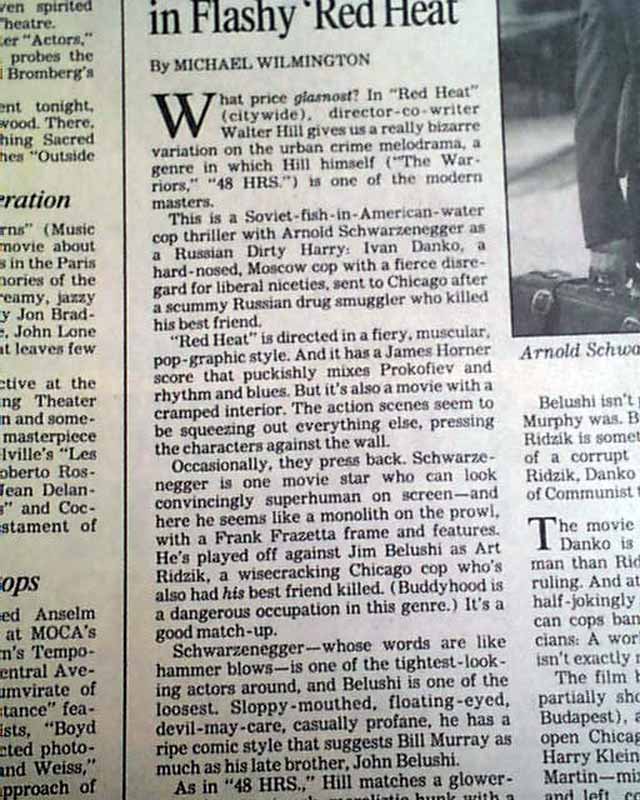 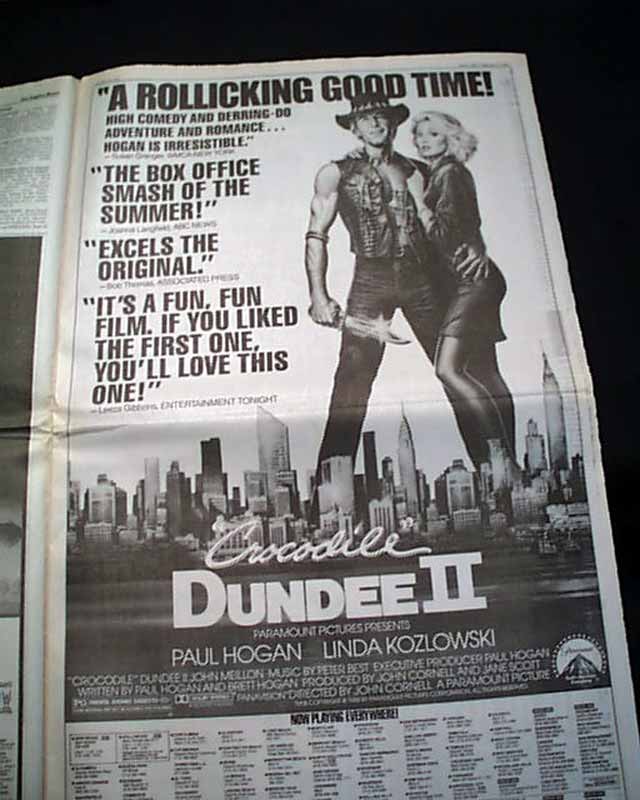 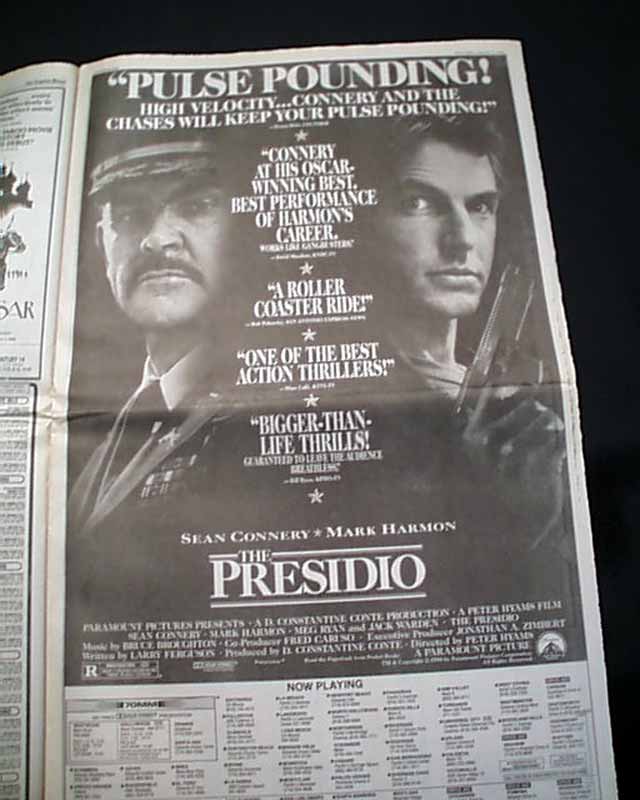 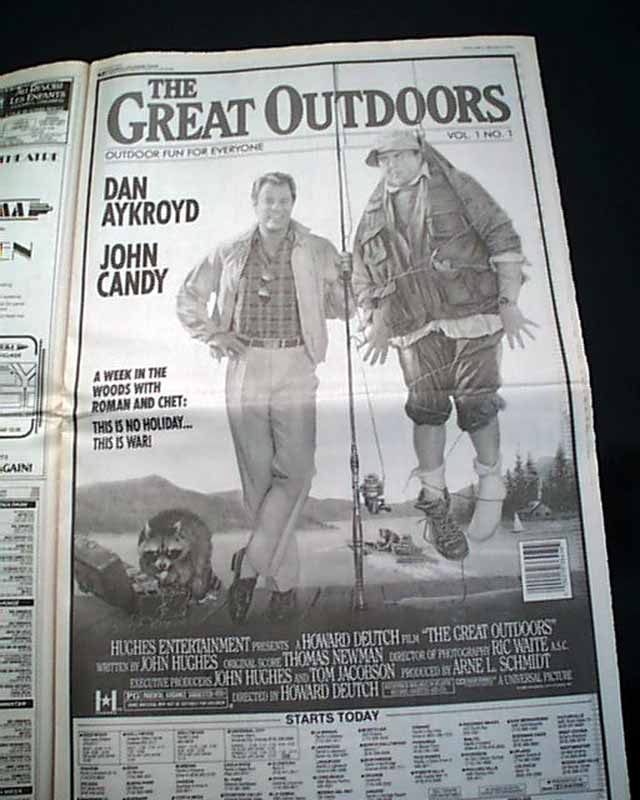 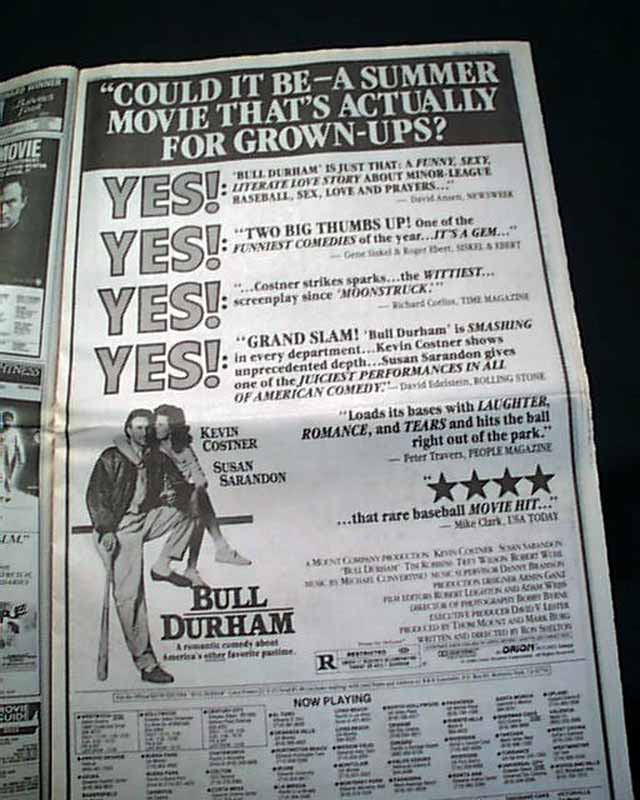 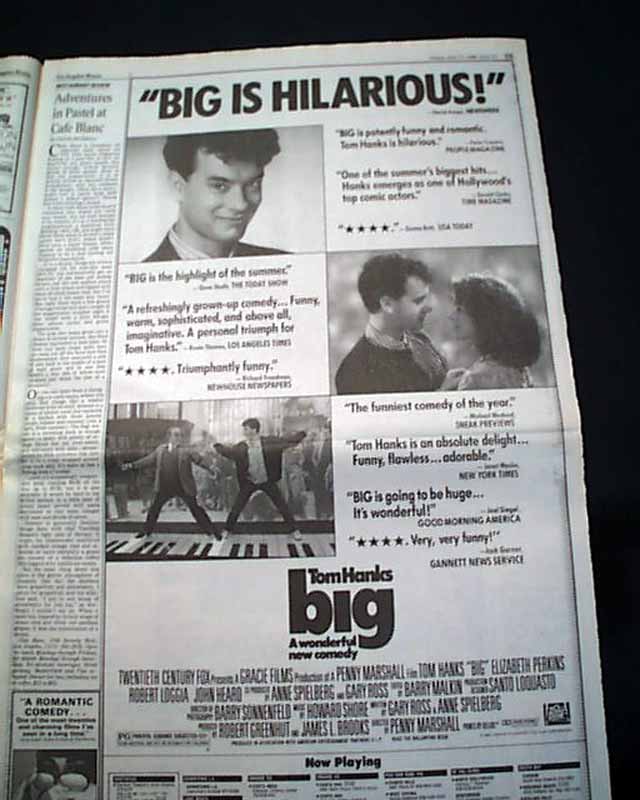 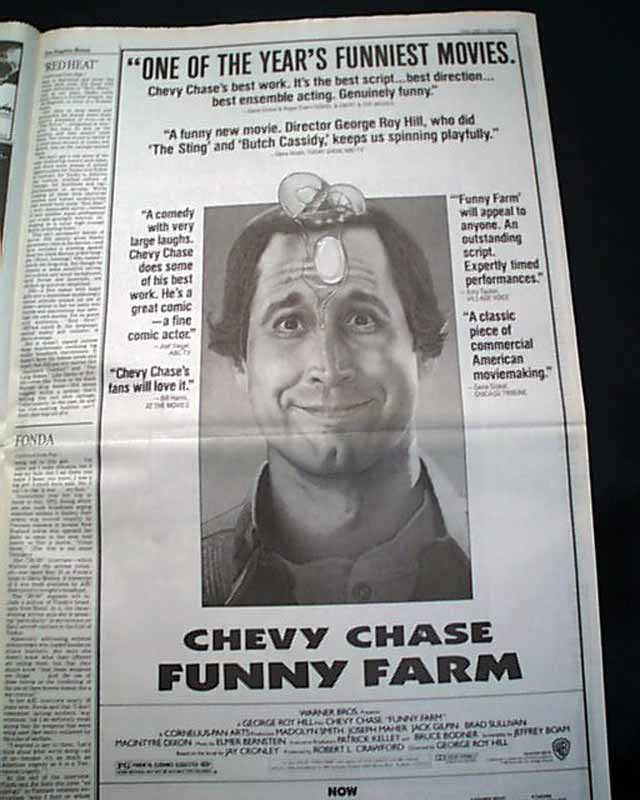 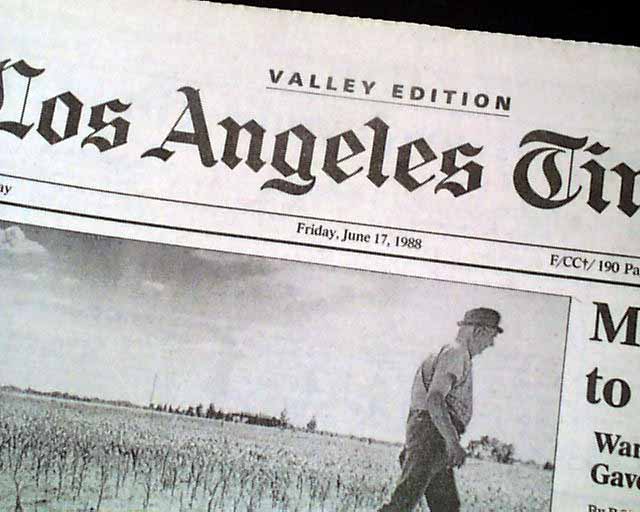 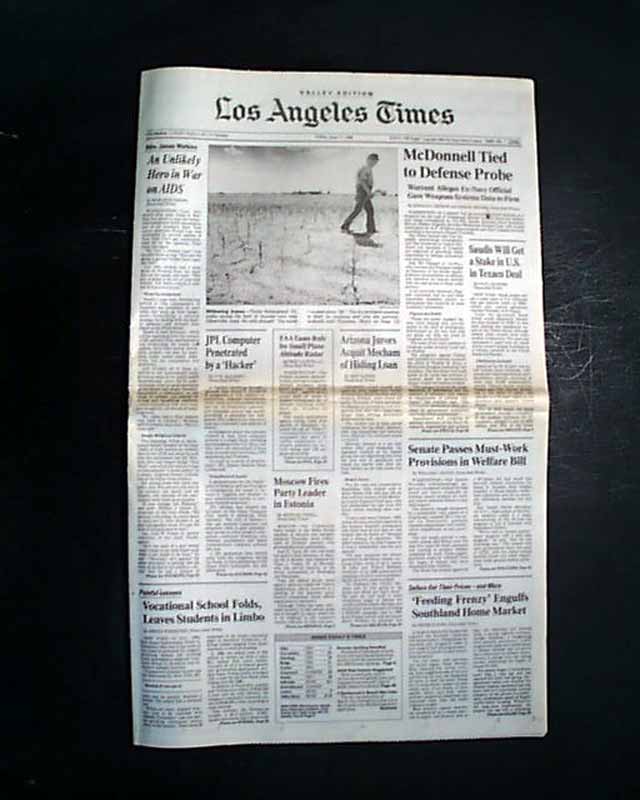