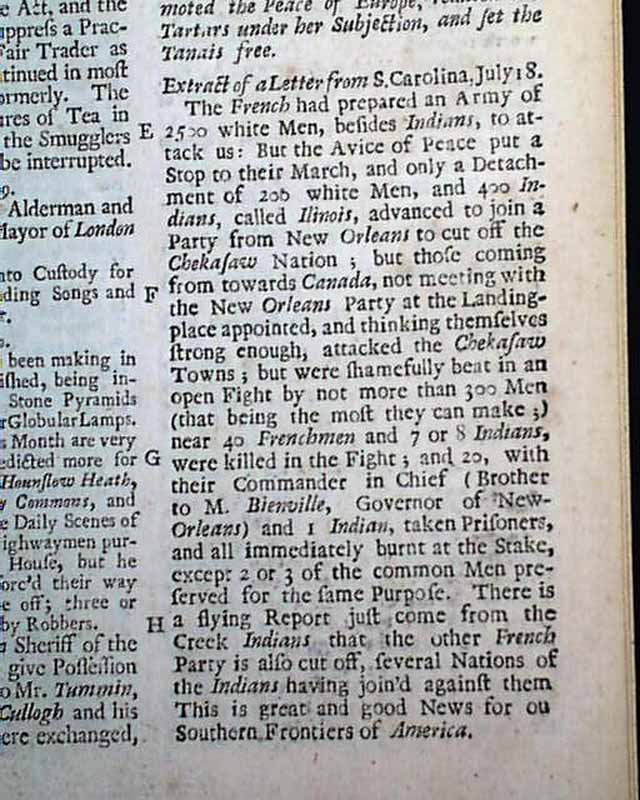 Item # 672383 THE GENTLEMAN'S MAGAZINE, London, September, 1736  Near the back is a section headed: "Historical Chronicle" with news from England & other parts of Europe.
One of the items here is headed: "Extract of a Letter from S. Carolina" which talks of military events in the New Orleans vicinity, which ends with: "...the other French party is also cut off, several nations of the Indians having join'd against them. This is great & good news from our southern Frontiers of America."
Among the articles are: "Cautions Against Quadrille" "Difference between the Church of England and Rome" "Cruelty of the Mahometans" "Many Robberies on the Highway" "Boldness of Two Highwaymen" "Charity of the Bermudas Women" & more.
No plates are called for at this early date.
Complete in 56 pages with full title/contents page featuring an engraving of St. John's Gate, 5 by 8 inches in very nice condition.