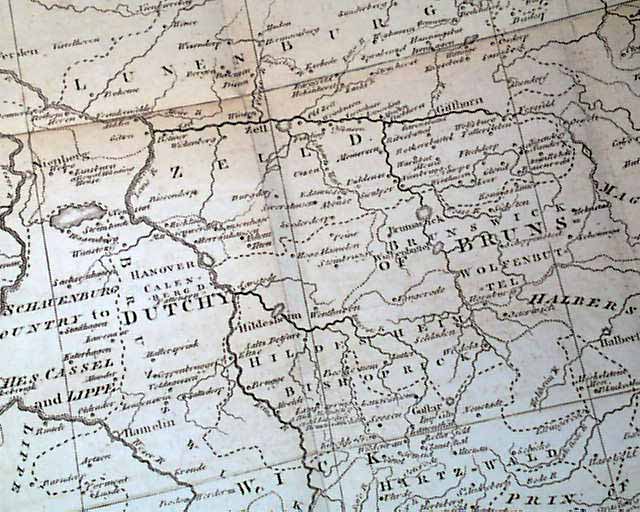 Item # 672359 THE GENTLEMAN'S MAGAZINE, London, January, 1761  An article: "Thoughts on the Present Posture of Affairs" includes some discussion concerning America, and includes: "...Hence it is evident that as North America was the bone of contention, Great Britain must not be induced to part with any of her conquests on that continent; because that would be a means to renew the war...". Also an article: "Letter of the Quakers on Pacific Measures".
Also: "On the Importance of the Rich Country on the Banks of the River Mississippi which is yet in the Possession of the French".
Included is a nice foldout map titled: "An Accurate Map of all His Majesty's Dominions IN GERMANY with the Adjacent Countries..." which measures 12 1.2 by 15 inches.
The map is the only plate called for.
Complete in 48 pages, 5 1/2 by 8 3/4 inches, nice condition.