Home > Back to Search Results > One of the most dramatic Kennedy assassination issues to be had...
Click image to enlarge 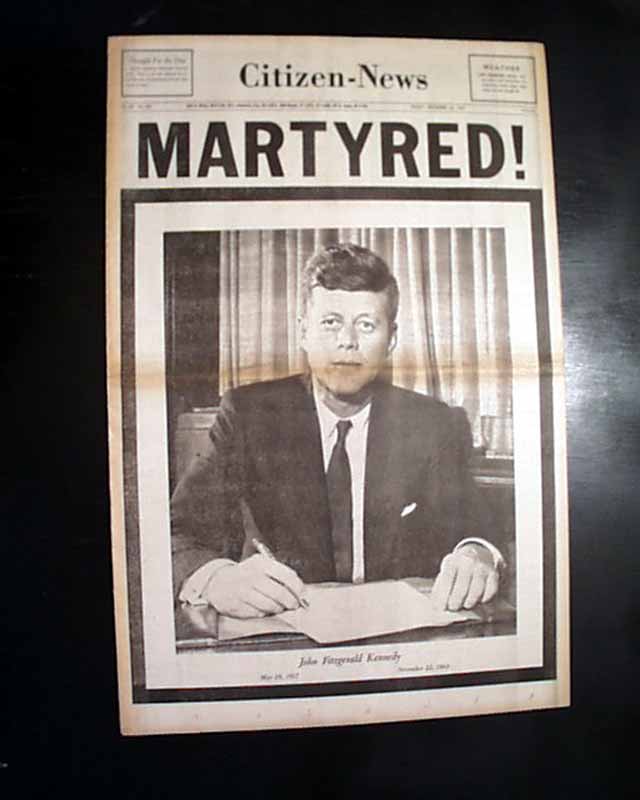 One of the most dramatic Kennedy assassination issues to be had...

See the photos for one of the most dramatic front pages to be had reporting the assassination of President John F. Kennedy. Save for the caption to the photo the only word on the front page is in huge, bold letters: MARTYRED !
The remainder of the front page is taken up with a huge, black-bordered photo of "John Fitzgerald Kennedy". Unusual headline different from the usual "President shot" headline seen in most newspapers.
Pages 2 and 3 have much reporting on the event with the balance of the issue containing various news of the day.
The complete first section with pages 1-12, a bit of foxing at the fold, very nice condition.