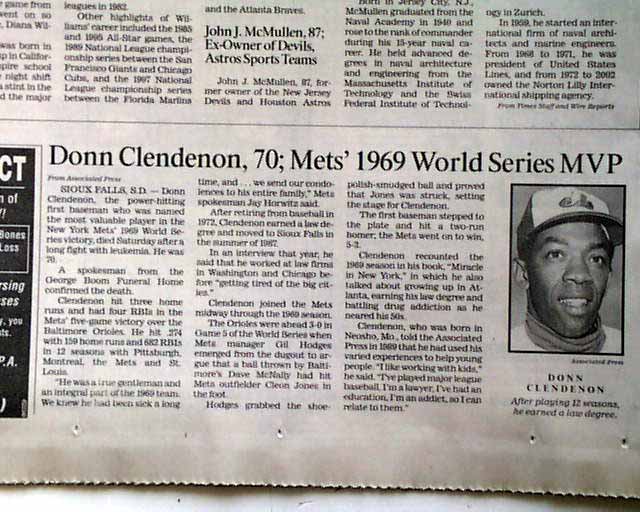 Directly above Clendenon's obituary is the death report of Charlie Williams which has the heading: "Charlie Williams 61; First Black Home-Plate World Series Umpire", which includes a photo of him as well. Note: Charlie, as mentioned in the heading, was the first Black Umpire to officiate behind home plate in a World Series - which also turned out to be the longest game in World Series history. He also was the only umpire to eject the mild-mannered Steve Garvey. An image is also included (see photos).

The issue includes all major sections and is in very good condition.