Home > Back to Search Results > Abraham Lincoln is nominated for President...
Click image to enlarge 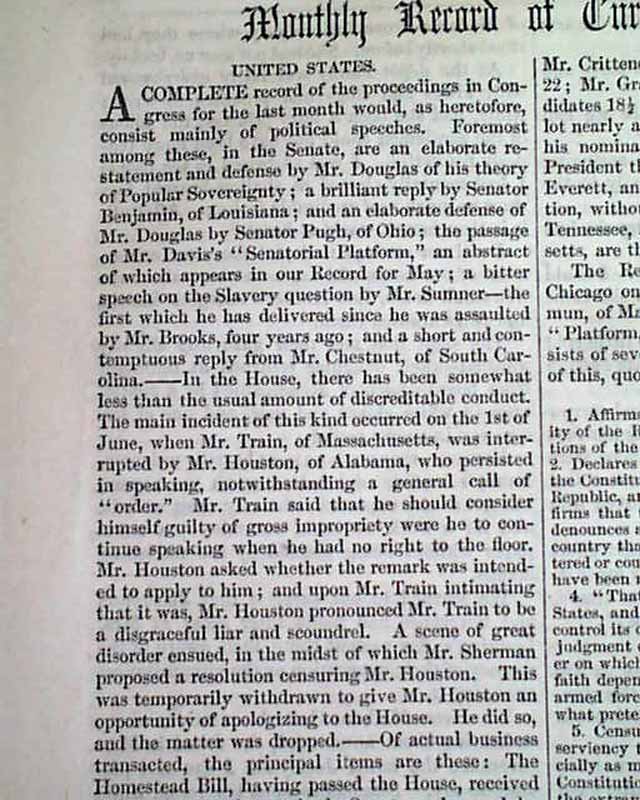 Abraham Lincoln is nominated for President...

Item # 672316 HARPER'S NEW MONTHLY MAGAZINE, New York, July, 1860  Near the back under the report: "Monthly Record of Current Events" is a quite lengthy report concerning the Republican National Convention which met recently in Chicago. Included is a lengthy abstract of the Republican platform, following which is a detailed report of the various ballots of the Convention with the final results noted: "Abraham Lincoln, of Illinois, is, therefore, the Republican candidate for President, and Hannibal Hamlin, of Maine, for Vice President, at the coming election."
I don't ever recall having seen a printing of the actual ballot reports, making this report very nice.
This issue also includes some reporting on the "Constitutional Union Convention" for the nomination of candidates for President, with Mr. Bell being that party's nominee.
Complete 150 page issue, disbound without wrappers, 6 by 9 inches, damp stains zat the margins to the first several leaves, good condition.