Home > Back to Search Results > The hunt for John Dillinger in 1934....
Click image to enlarge 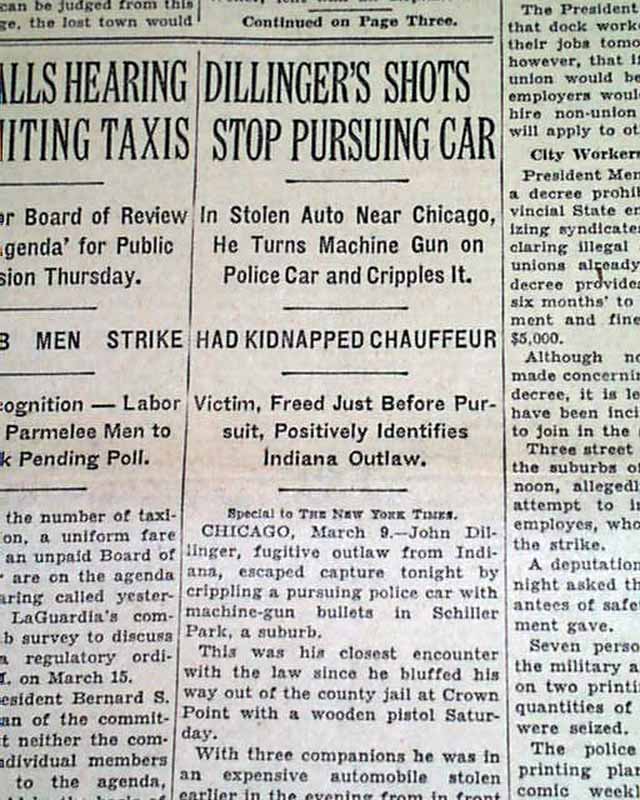 The front page has a one column heading: "DILLINGER'S SHOTS STOP PURSUING CAR" with subheads. (see) Coverage on the hunt for John Dillinger shortly after his famous escape from Crown Point, Indiana jail.
Other news, sports and advertisements of the day. Complete in 30 pages, light toning at the margins, nice condition.