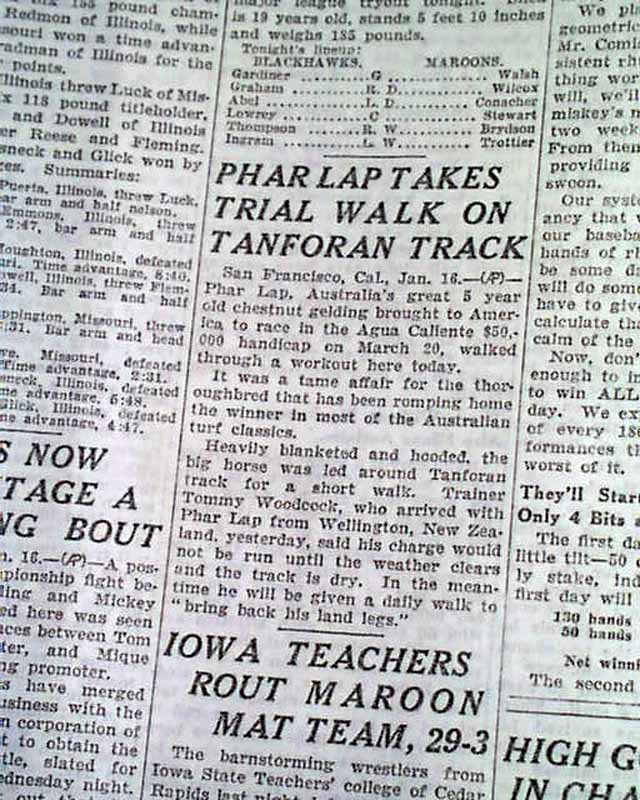 Page 4 of section 2 (sports) has a one column heading: "Phar Lap Takes Trial Walk On Tanforan Track" (see)
Other news, sports and advertisements of the day. Complete with 70+ pages, rag edition in very nice condition. A few small binding holes along the spine.

wikipedia notes: For his final race in 1932, Phar Lap's owner shipped him by boat to a racetrack near Tijuana, Mexico, to compete in the Agua Caliente Handicap, which was offering the largest purse ever raced for in North America. Phar Lap won in track-record time while carrying 129 pounds (58.5 kg). From there, the horse was sent to a private ranch near Menlo Park, California, while his owner negotiated with racetrack officials for special race appearances.