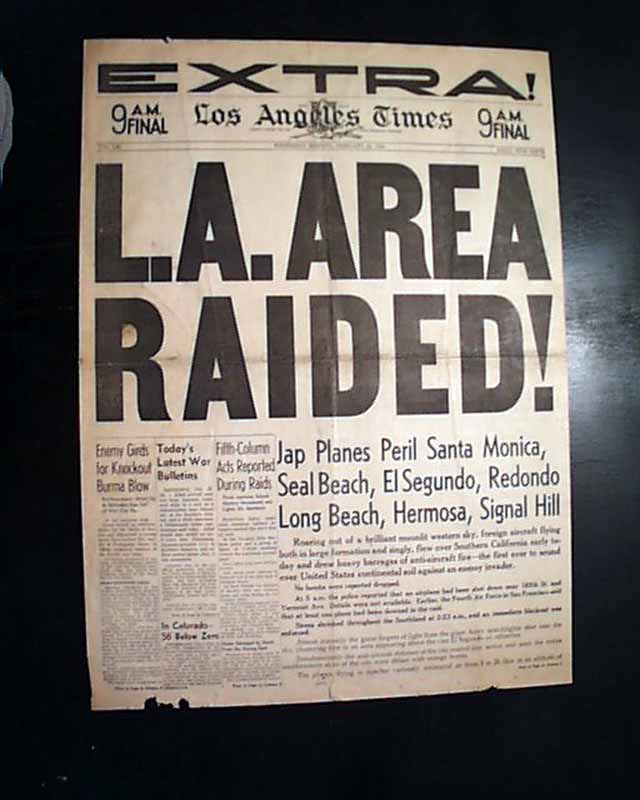 Simply a fantastic report on what is known as the "Battle of Los Angeles". The front page has one of the more dramatic, screaming headlines to be found: "L.A. AREA RAIDED ! " with a smaller head noting: "Jap Planes Peril Santa Monica, Seal Beach, El Segundo, Redondo, Long Beach, Hermosa, Signal Hill".
The report begins: "Roaring out of a brilliant moonlit western sky, foreign aircraft flying both in large formation and single, few over Southern California early today and drew heavy barrages of anti-aircraft fire--the first ever to sound over United States continental soil against an enemy invader...".
This event was a curious incident of World War II, the result of a rumored attack by the Japanese upon the coast of California. It was ultimately a false alarm attributed to a case of "war nerves" likely triggered by a lost weather balloon and exacerbated by stray flares and shell bursts from adjoining batteries.
This is the "9 a.m. Final" edition and present are four pages, paginated as (1), A, 9, and 10. It would appear the "guts" of this edition are missing, however we have another of the same edition paginated the same way, and yet another paginated as (1), A, B, with the back page not numbered.
We are unsure but we believe this "Extra" edition is complete in 4 pages, as an earlier edition may have had 10 pages, that pagination not changing with the more brief "9 a.m. Final" edition.
There is some irregularity to the bottom margins with a bit of loss and several margin tears. Some dirtiness to the front page. 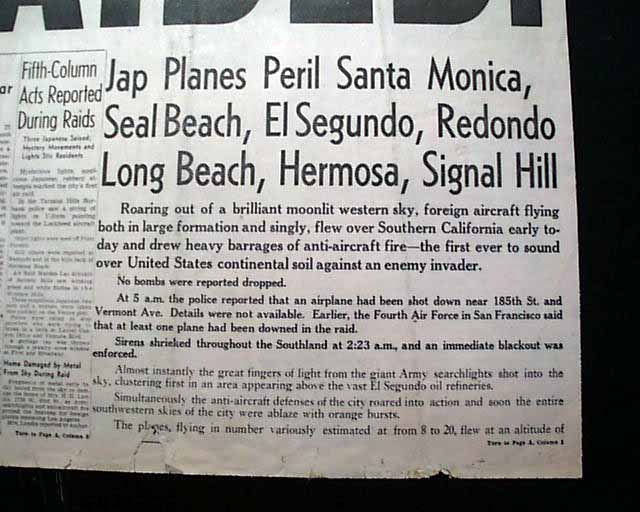 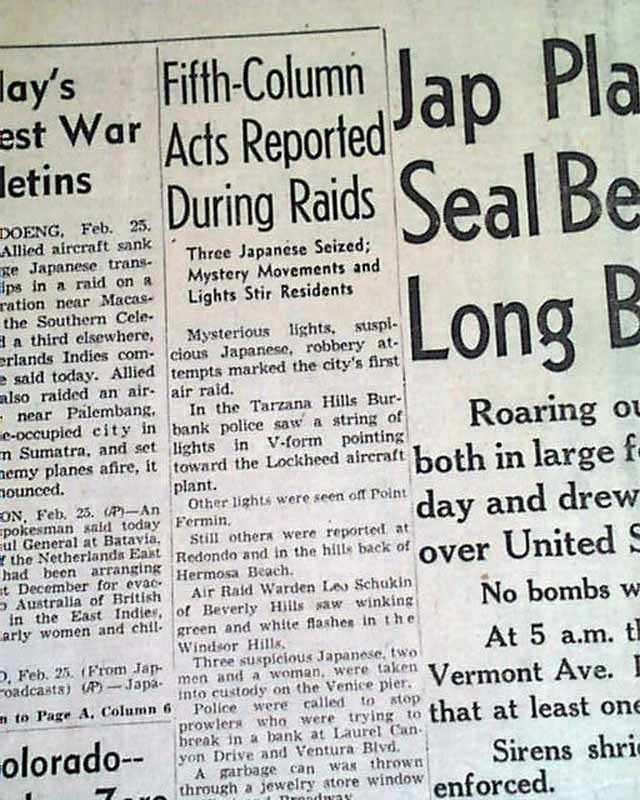 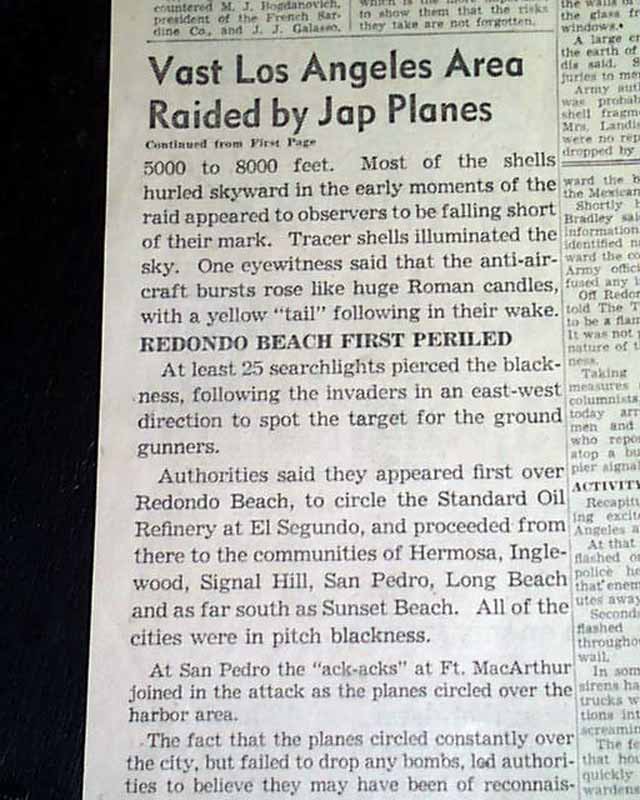