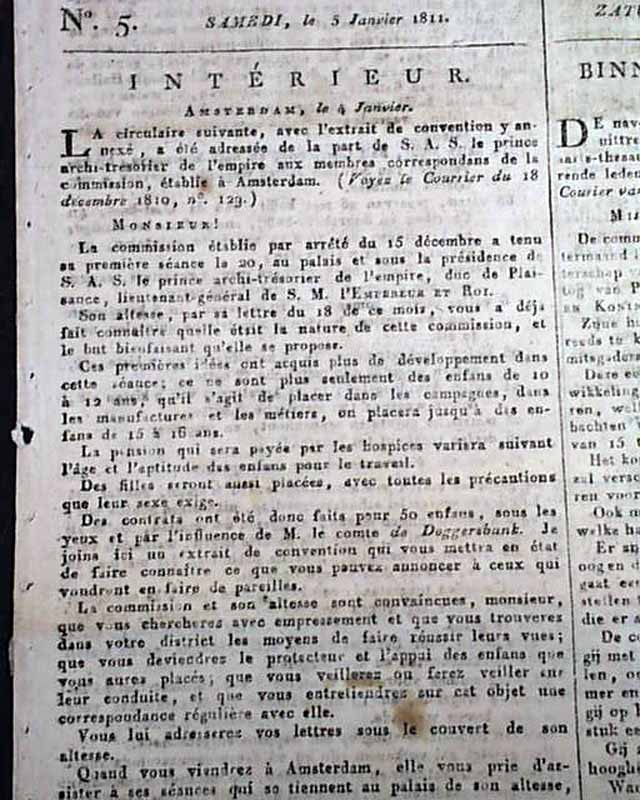 This was a daily newspaper published in Amsterdam during the French occupation of Holland. It is bilingual: half printed in French and half in Dutch. Two mastheads as well, one in each language.
In 1810 Napoleon Bonaparte annexed Holland to his empire, hence this newspaper being in two languages. This issue was published during his occupation.  All of page 3 and half of page 4 are a document signed in type by: Napoleon concerning the annexing of Holland
In all my years of collecting rare newspapers I have only encountered five such issues, one of which resides in our private collection.
Complete in four pages, 9 1/2 by 15 1/2 inches, very nice condition.