Home > Back to Search Results > Execution of the outlaw Vasquez...
Click image to enlarge 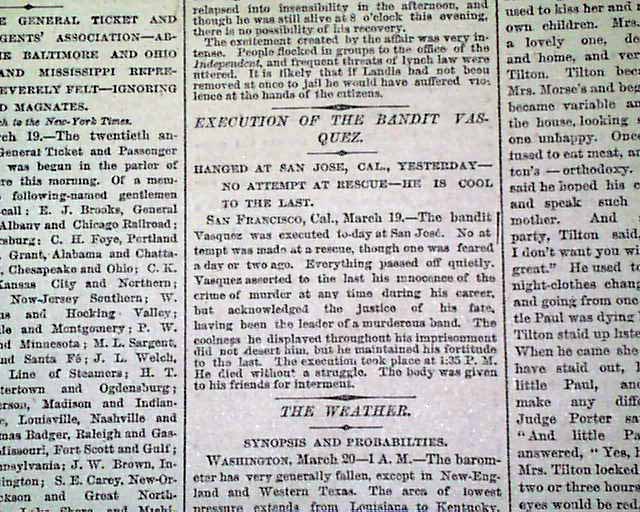 Execution of the outlaw Vasquez...

The front page has: "Execution Of The Bandit Vasquez" "Hanged At San Jose, Cal., Yesterday--No Attempt At Rescue--He Is Cool To The Last."
The report about the execution of this colorful outlaw who claimed he never killed a man, reads in part: "The bandit Vasquez was executed today at San Jose...Everything passed off quietly Vasquez asserted to the last his innocence of the crime of murder at any time during his career, but acknowledged the justice of his fate, having been the leader of a murderous band. The coolness he displayed throughout his imprisonment did not desert him, but he maintained his fortitude to the last...He died without a struggle...".
Great to have this report on the front page, especially since reports concerning Vasquez are rather uncommon. Browned and slightly pulpish at edges, various margin tears with some archival mends to page 2, loose at the spine, good condition. Fragile & should be handled with care. 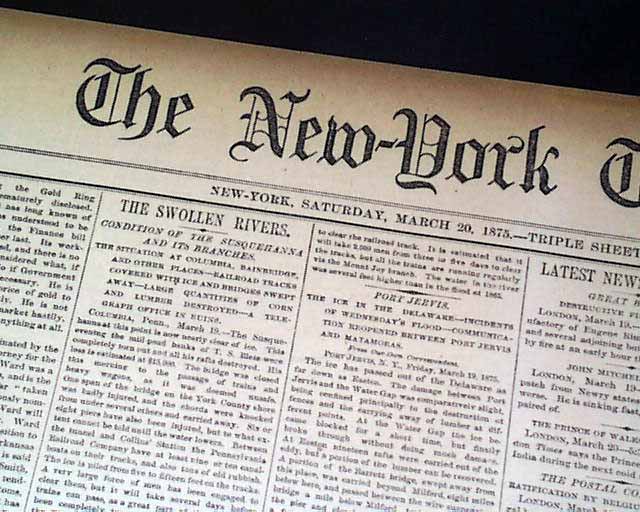 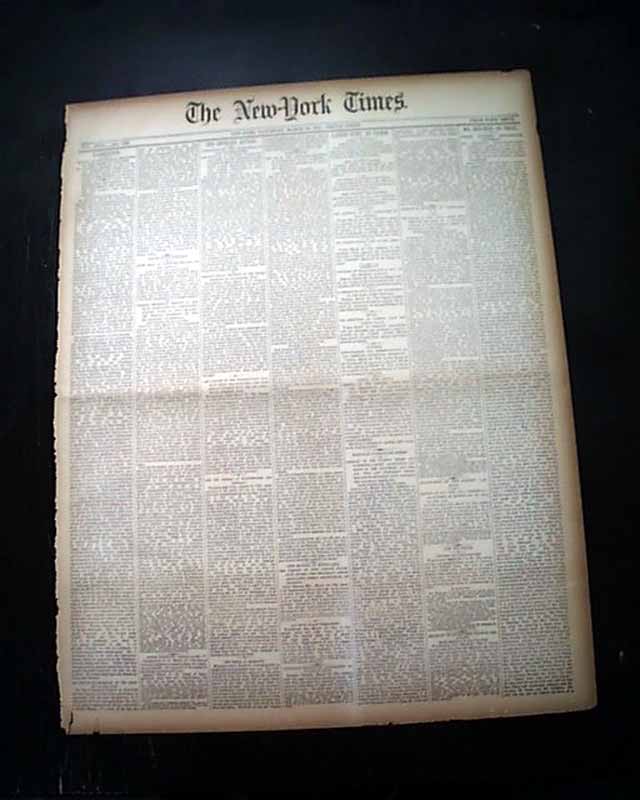