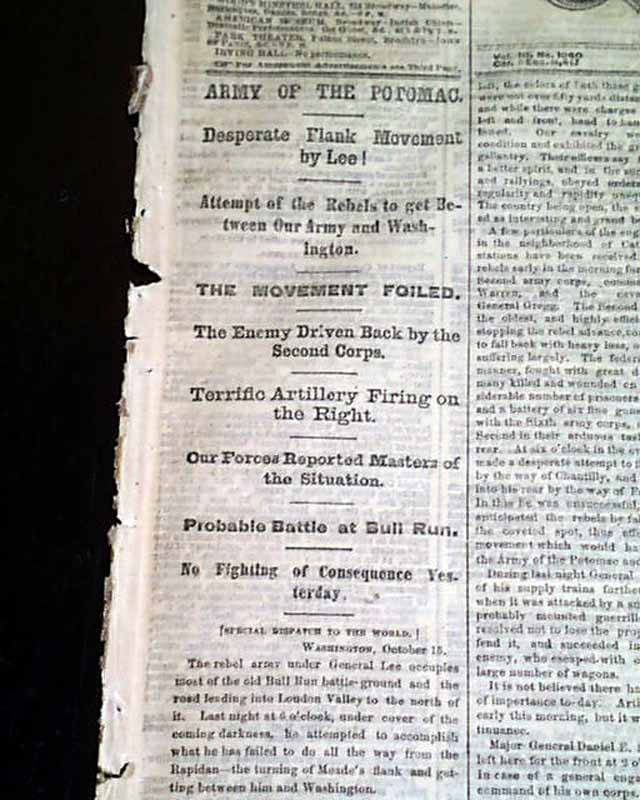 
THE WORLD, New York, Oct. 16, 1863  Among the front page column heads on the Civil War are: "Desperate flank Movement by Lee!" "Attempt of the Rebels to Get Between Our Army & Washington" "Enemy Driven Back by the Second Corps" Probable Battle at Bull Run" "Recrossing of the Tennessee by Wheeler's Troops" "Important Movement of Bragg's Forces"  "Complete Defeat of the Rebels in Missouri and Arkansas" and much more.
Eight pages, good condition.