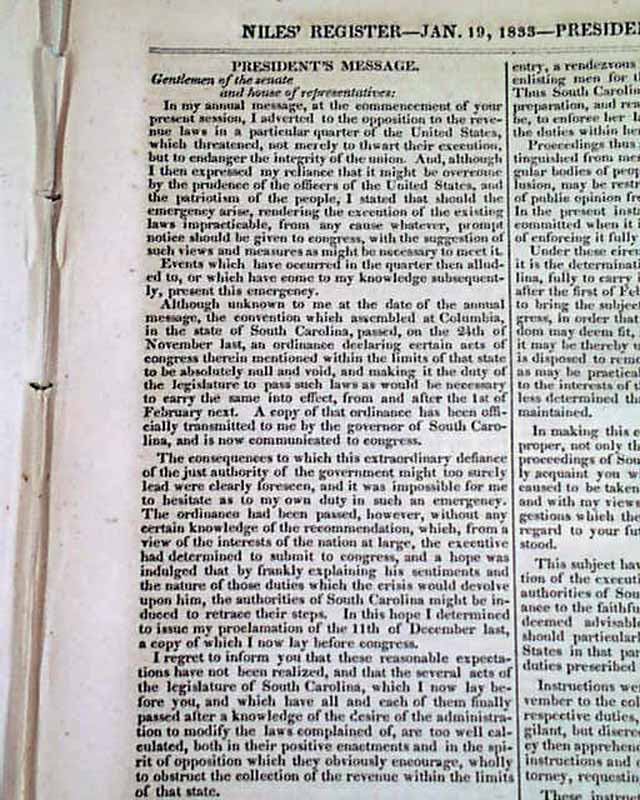 On November 26, 1832, South  Carolina passed The Ordinance of Nullification which declared the Tariff of 1828 and 1832 null and void within its borders.
This issue contains President Andrew Jackson's message of January 16, 1833 in which he threatened to send in federal troops to enforce compliance, it taking 6 pages & signed at its conclusion: Andrew Jackson.
In the end a comprise was reached where South Carolina agreed to repeal the ordinance and Congress lowered the tariff. While a constitutional crisis was averted this set the stage for future conflict between the North and South, as most southerners believed decisions made at the Federal level benefited the North over the South.
The 8 page Supplement is also included, containing an abundance of related material.
Complete in 24 pages, 6 1/4 by 9 1/2 inches, nice condition.