Home > Back to Search Results > Palestine Riots of 1929...
Click image to enlarge 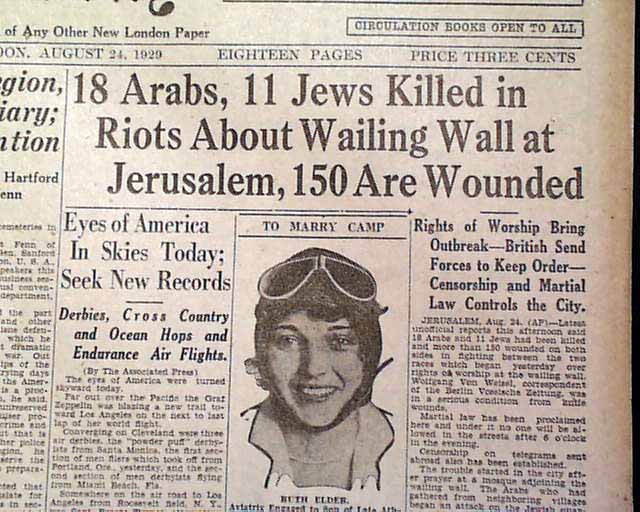 The top of the front page has a three column headline: "18 Arabs, 11 Jews Killed in Riots About Wailing Wall at Jerusalem, 150 Are Wounded" with subhead (see). First report coverage on the Hebron massacre in Mandatory Palestine.
Compete with 18 pages, light toning and minor wear at the margins, generally very nice.

wikipedia notes: The 1929 Palestine riots (also known as the Western Wall Uprising or the Buraq Uprising) refers to a series of demonstrations and riots in late August 1929 when a long-running dispute between Muslims and Jews over access to the Western Wall in Jerusalem escalated into violence. During the week of riots, at least 116 Arabs and 133 Jews were killed and 339 wounded.