Home > Back to Search Results > Jake LaMotta defeats Sugar Ray Robinson: from the city of the fight...
Click image to enlarge 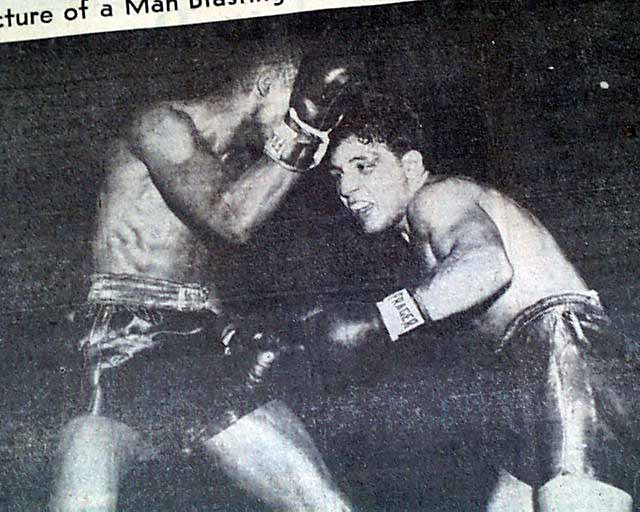 Jake LaMotta defeats Sugar Ray Robinson: from the city of the fight...

The banner headline on page 14 reports: "18,930 See LaMotta Floor Robinson in Scoring Upset Victory" with subheads: "Defeat Is First for Ray in Career of 130 Bouts" "Bell Saves Sugar from Knockout in Eighth Round; Decision Is Unanimous".
Also a very nice four column action photo during the famous fight that was a focus in the award winning movie 'Raging Bull'. Better yet this fight was fought in Detroit, making this title one of the best newspapers to be had reporting this historic boxing event.
Complete in 22 pages, slightly irregular at the spine margin and some margin chipping to the back several leaves.