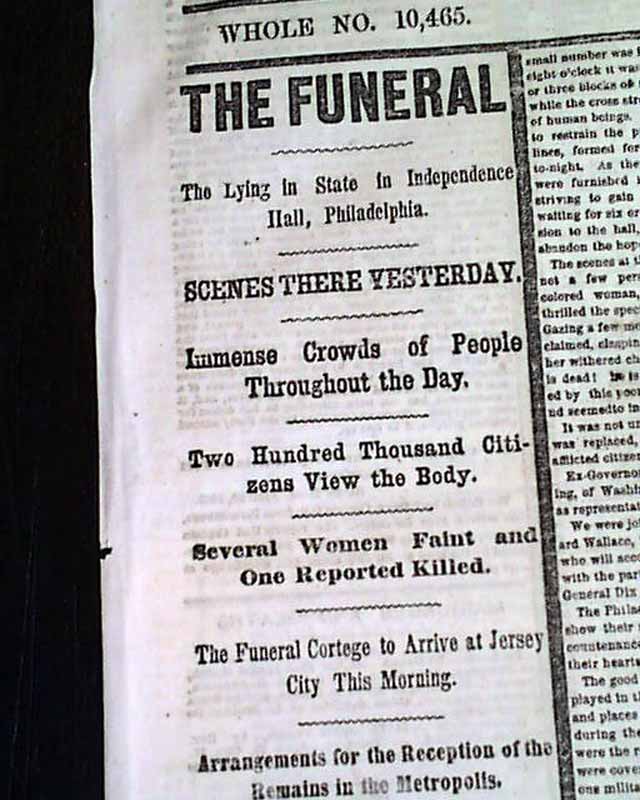 
NEW YORK HERALD, April 24, 1865  All columns on all eight pages are black-bordered for the death of President Abraham Lincoln. Over half of the front page first column is taken up with heads including: "THE FUNERAL" "The Lying in State in Independence Hall, Philadelphia" "Scenes There Yesterday" "Immense Crowds of People Throughout the Day" "Several Women Faint & One Reported Killed" "The Lying in State at the City Hall" "Our Last Sad Rites" with more. Included within the lengthy text is a crude diagram of the funeral process showing the position of the "funeral car".
Fine content inside as well including: "Sherman" "The Armistice with Johnston's Rebel Army" "THE FUNERAL" "The Assassins" "A Trace Of Booth" "He is Believed to Have Been Injured by the Fall of His Horse" and much more.
Eight pages, never-trimmed margins, good condition.