Home > Back to Search Results > Slavery comes to an end in England...
Click image to enlarge 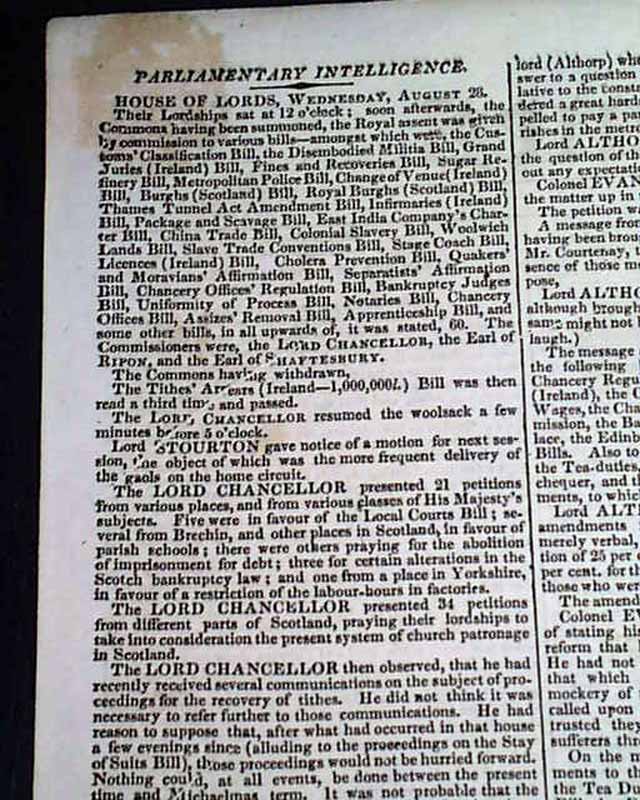 Slavery comes to an end in England...

* Slavery abolished in the British Empire

As Wikipedia notes the British Slavery Abolition Act was passed in 1833, receiving the royal assent on August 28.
Page 2 begins with: "Parliamentary Intelligence" with text noting in part: "Their Lordships sat at 12 o'clock...the Royal assent was given by commission to various bills--amongst which were...Colonial Slavery Bill...Slave Trade Conventions Bill..." amongst others.
Four pages, red tax stamp to the top of the front page, very nice condition. Great to have this report in a London newspaper.