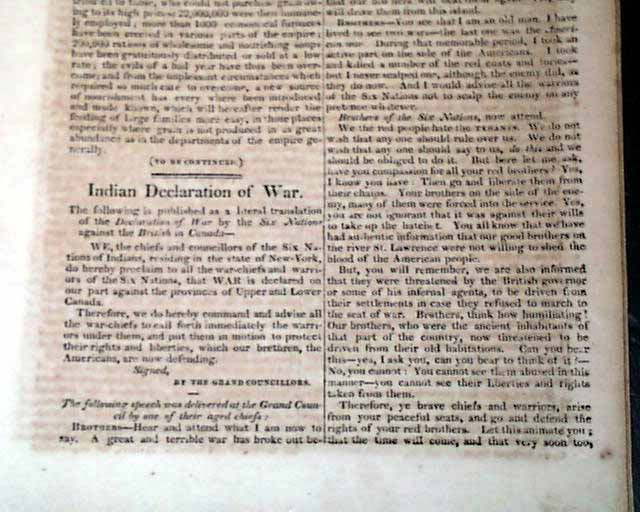 
THE WEEKLY REGISTER, Baltimore, Aug. 21, 1813  Inside has: "Indian Declaration of War" which is a: "...literal translation of the Declaration of War by the Six Nations Against the British in Canada". Also: Creek Indians" which takes a full page, then: "Events of the War" which takes about 6 pages & includes a letter from the Lower Sandusky, one from "Head-Quarters, Erie, Aug. 6, 1813", a letter from Commodore Chauncey to the Secretary of the Navy.
Sixteen pages, 6 by 9 1/2 inches, very nice condition.