Home > Back to Search Results > The New Madrid earthquake... Battle of Tippecanoe...
Click image to enlarge 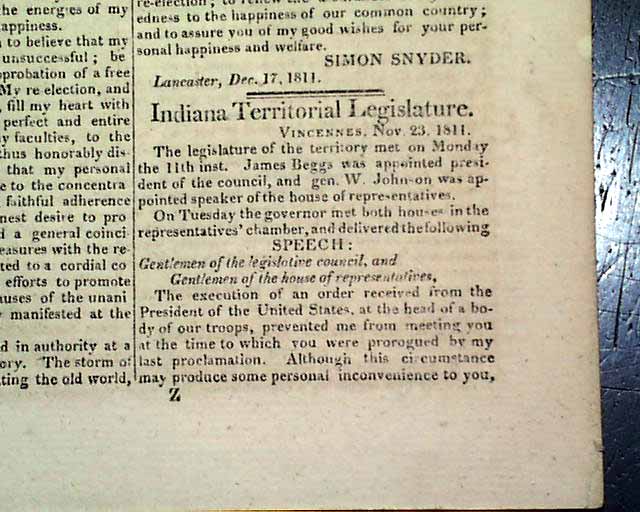 Near the back is an early item concerning the disastrous New Madrid earthquake before it was known as such. The report includes: "Several shocks by earthquakes have been felt in various parts of the southern and western states...It seems probable that some dreadful calamity may have been experienced in a distant part of the world--probably South America; judging from the violence of the sensations felt in different parts of the union..." with a bit more. See the web for more on the New Madrid earthquake.
Pages 1 & 2 contain reports from the: "Indiana Territorial Legislature" which includes a "Speech" and a letter of thanks, each signed in type by: Wm. H. Harrison. The former relates to the battle with the Prophet in the Battle of Tippecanoe.
Sixteen pages, 6 1/4 by 9 3/4 inches, very minor loss to the top of the spine margin, very nice condition. 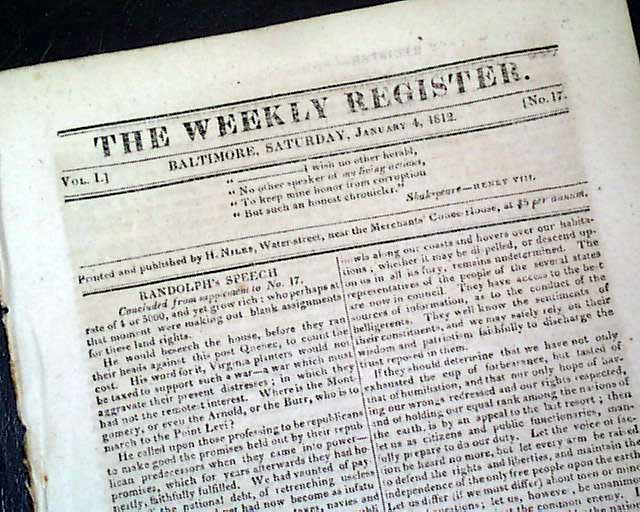 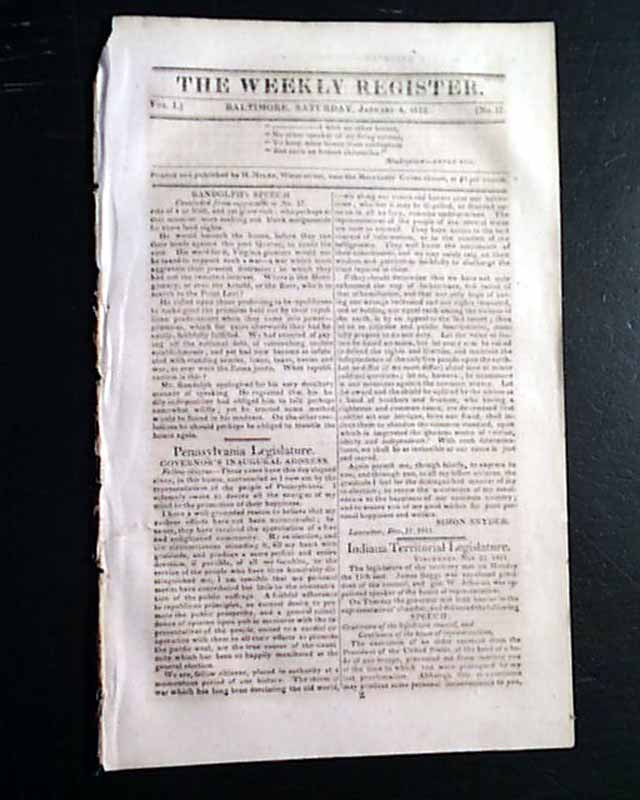 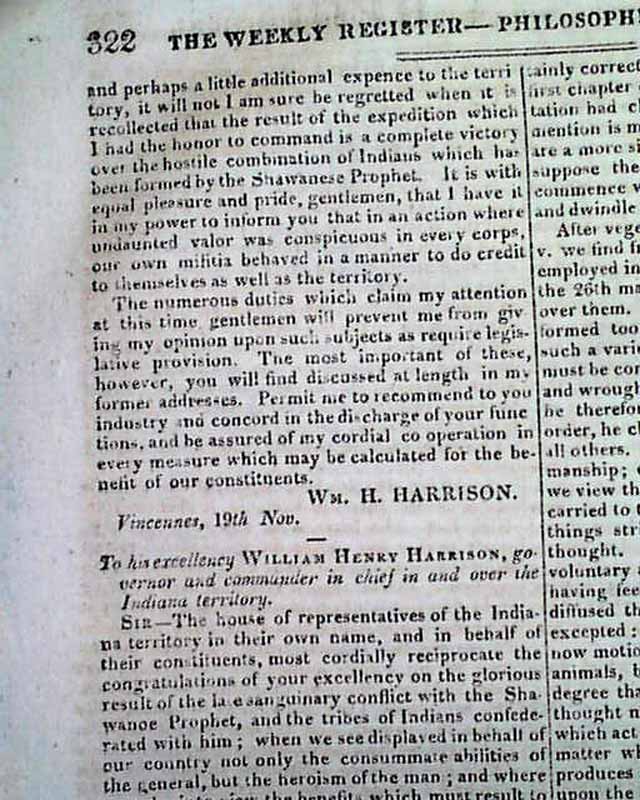 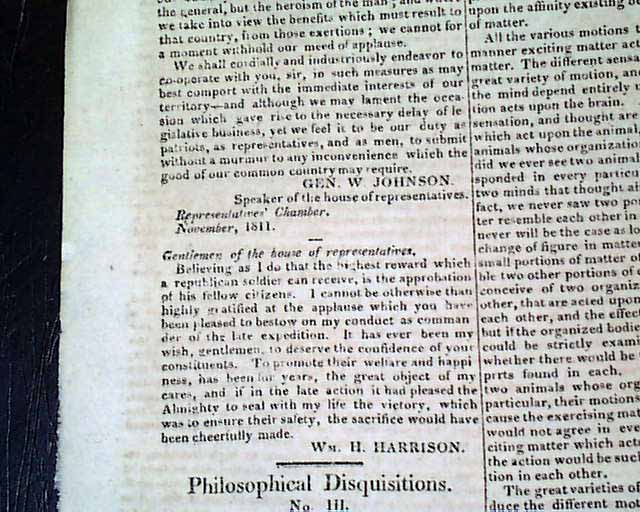 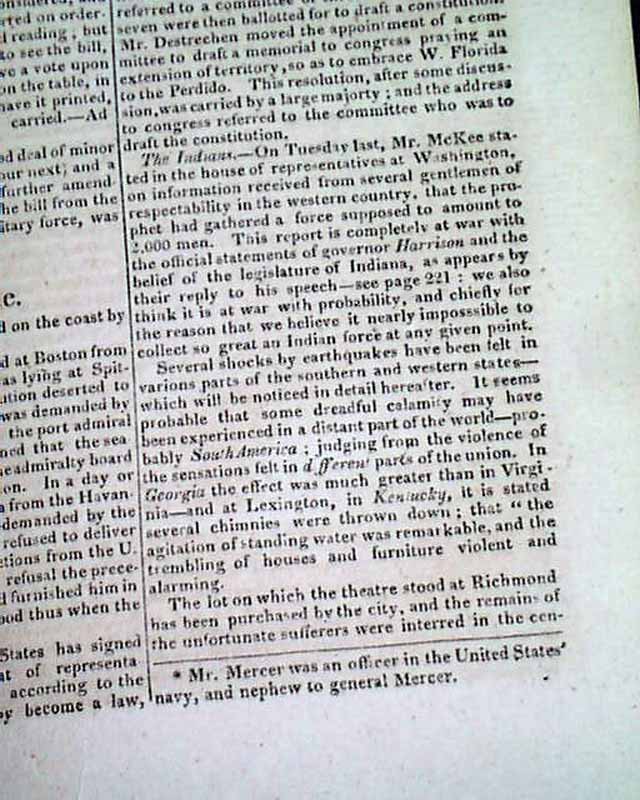