Home > Back to Search Results > Barbarities of the British against the citizens of Virginia...
Click image to enlarge 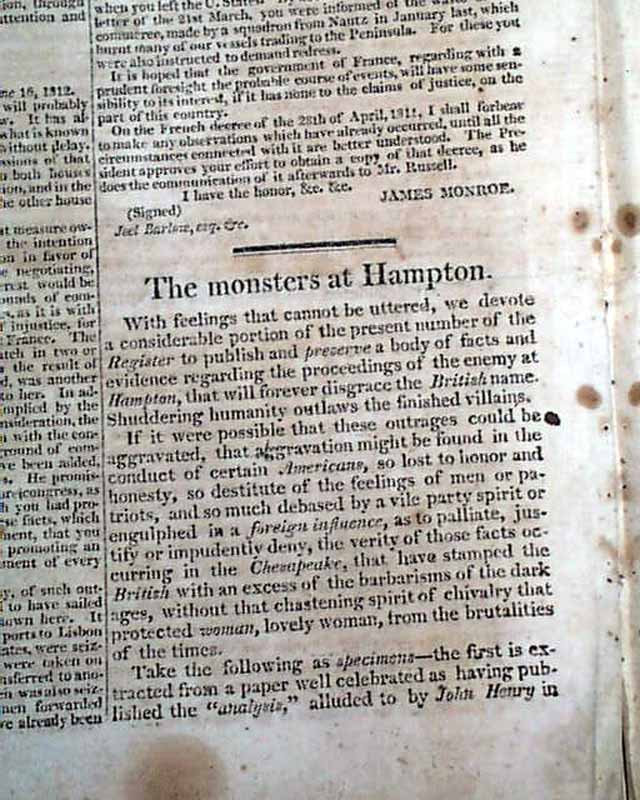 Barbarities of the British against the citizens of Virginia...

Over four pages are taken up with a lengthy & very detailed article: "The Monsters at Hampton" which relates the terrible treatment by the British of the people in the Hampton/Norfolk area of Virginia during  the War of 1812.
It begins: "With feelings that cannot be uttered, we devote a considerable portion of the present number of the Register to publish and preserve a body of facts and evidence regarding the proceedings of the enemy at Hampton, that will forever disgrace the British name. Shuddering humanity outlaws the finished villains..." & so much more.
Over 3 pages are taken up with various: "Events of the War" and then: "Annoyance of the Enemy" "Interesting Correspondence" from a general in North Carolina" "Impressed Seamen" "The Torpedo" and other items.
Sixteen pages, 6 by 9 3/4 inches, nice condition.