Home > Back to Search Results > Early print of the harbor of Honolulu...
Click image to enlarge 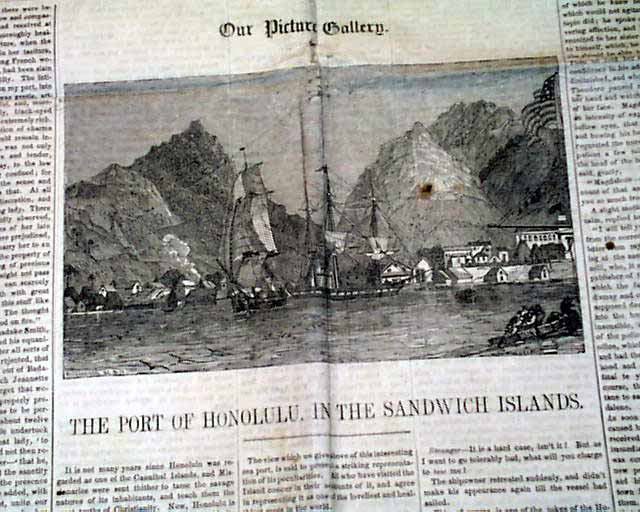 Early print of the harbor of Honolulu...

The  nice & quite detailed print at the top of the front page is captioned: "The Port Of Honolulu, In The Sandwich Islands", now known as Hawaii. There is a nice article on it as well beginning: "It is not many years since Honolulu was regarded as one of the Cannibal Islands, and missionaries were sent thither to tame the savage natures of its inhabitants & teach them the great truths of Christianity..." and much more.
This may well be one of the earliest prints of the port of Honolulu to appear in any periodical.
Four pages, large size, several folds, some tears at fold junctures, one causing some loss of words to the mentioned article, wear at the margins. The folder size noted is for the issue folded in half.