Home > Back to Search Results > Buy a ticket on the Titanic!
Click image to enlarge 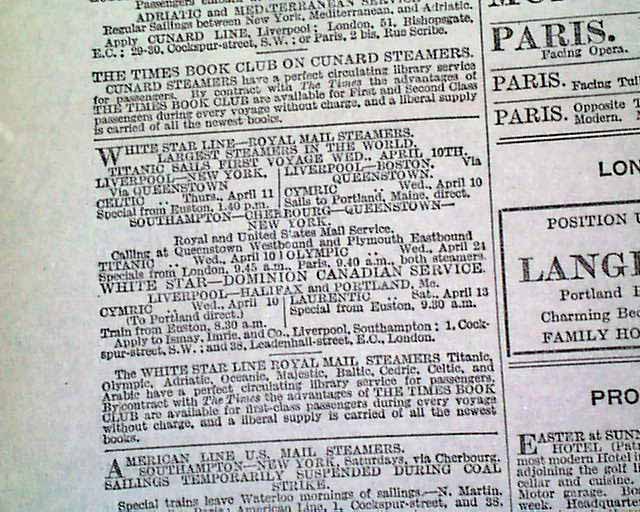 Buy a ticket on the Titanic!

The day before the Titanic sailed from England on April 10, this iconic British newspaper has on page 2 an advertisement promoting ticket sales on the various White Star Line ships, including the Titanic.
The ad includes: "...Largest Steamers In The World. Titanic Sails First Voyage Wed., April 10th...Liverpool--New York..." with other particulars concerning its stops, etc. Little did anyone know then the ship's fate just 6 days later.
Complete in 12 pages, nice condition.