Home > Back to Search Results > On the life & career of John Lennon: in the Village Voice...
Click image to enlarge 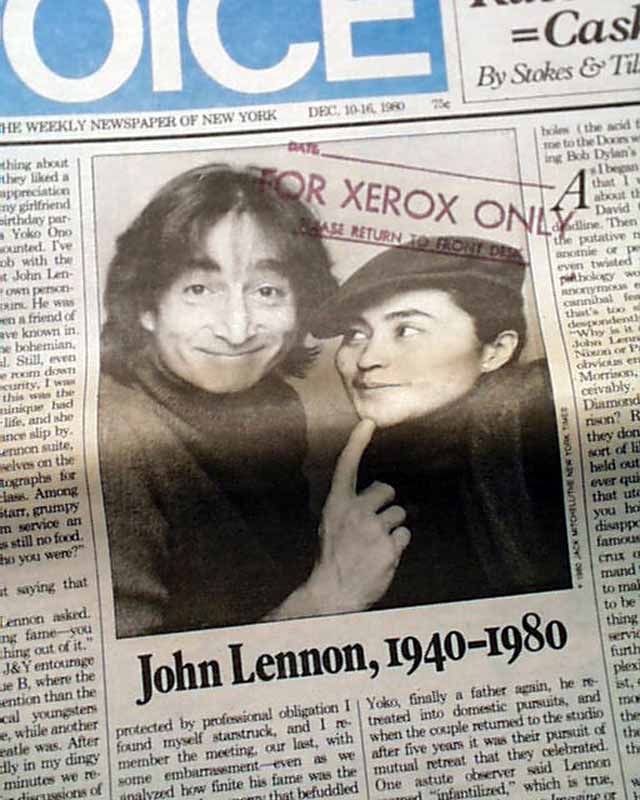 On the life & career of John Lennon: in the Village Voice...

Most of the front page is taken up with the report of the life & career of John Lennon, featuring a photo of him and Yoko One and the heading: "John Lennon, 1940-1980".
Beyond a Liverpool newspaper (which we have: inquire) this may be one of the best newspapers for this report.
Complete in 144 pages, one soft fold, an inked stamp across the top portion of the photo, nice condition.

About: The Village Voice was an American counterculture newspaper printed in the Greenwich Village section of New York City, and was known for being the country's first alternative newsweekly. Many iconic writers and musicians credit their appearance in The Village Voice for at least a portion of their success.
Provenance: This issue comes from The Village Voice's own archives, part of their in-house collection used to create their digital archive.
Alert: Many issues of The Village Voice contain articles and/or photos which some consider offensive, and are certainly inappropriate for children. If purchasing, please do so with discretion.