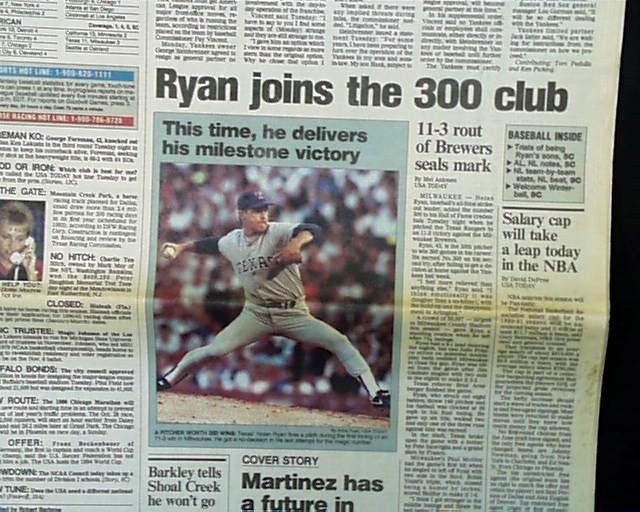 The front page of the Sports Section tells of Nolan Ryan achieving his 300th victory, with a photo of him. At the time he was only the 20th Major League Baseball pitcher to ever do so.
Complete in 4 sections, nice condition.