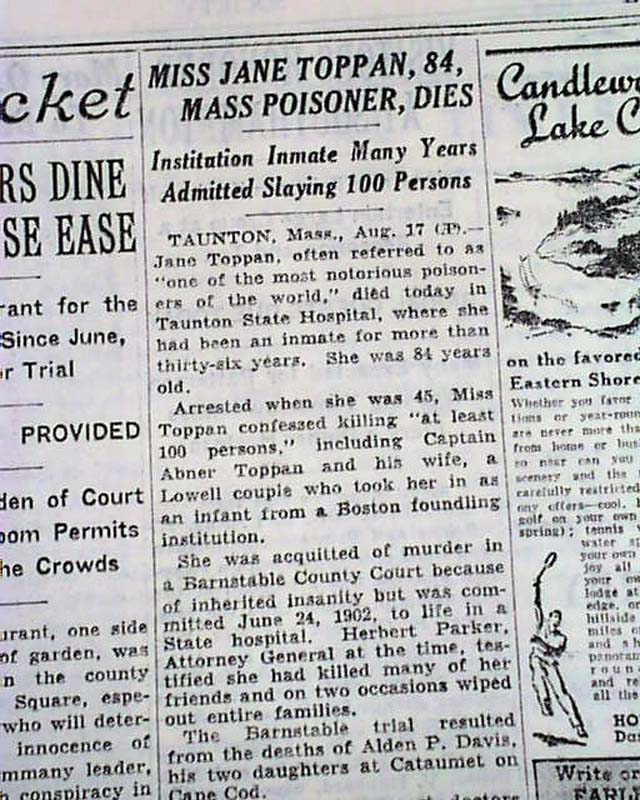 Page 15 has one column headings: "Miss Jane Toppan, 84, Mass Poisoner, Dies" "Institution Inmate Many Years Admitted Slaying 100 Persons" (see) First report coverage on the death of infamous Woman serial killer, Jane Toppan. I suspect this is one of the few publications to report this particular event as other titles in our inventory do not.
Other news, sports and advertisements of the day. Complete in 42 pages, this is the rare rag edition that was produced on very high quality newsprint, with a high percentage of cotton & linen content, allowing the issues to remain very white & sturdy into the present. Given the subscription cost, libraries & institutions rather than individuals were the primary subscribers of these high-quality editions. Nice condition.

wikipedia notes: Jane Toppan (1857–1938), born Honora Kelley, was an American serial killer. She confessed to 31 murders in 1901. She is quoted as saying that her ambition was "to have killed more people — helpless people — than any other man or woman who ever lived...".