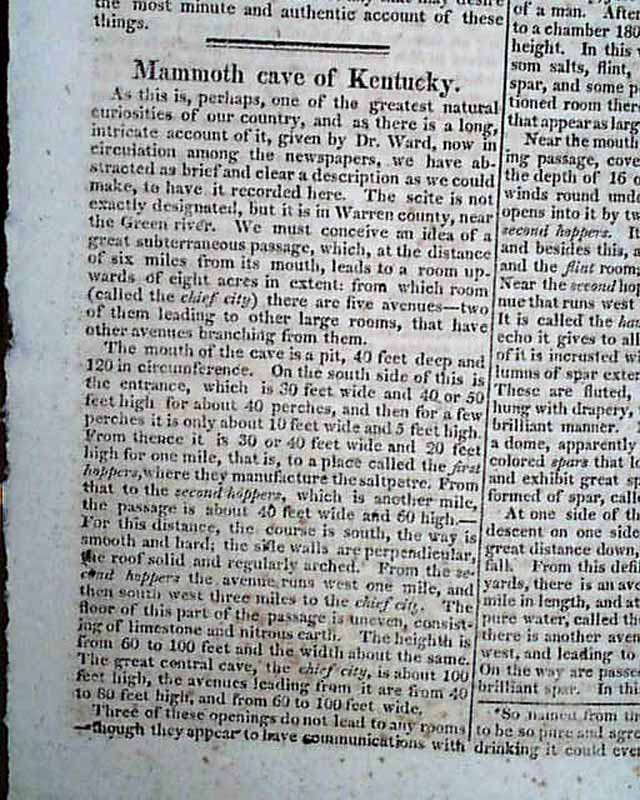 * Jews are expelled from Lubec
* Mammoth Caves of Kentucky described

One of the better items is a brief article headed: "Summary Notices of Events" which includes: "It is stated that the senate of the 'free city' of Lubec has ordered all the Jews settled there to leave it..." with a bit more, and ending with: "...They seem never to have a home."
Among the other reports are: "Affairs on Lake Erie"; a detailed & descriptive article on: "Mammoth Cave of Kentucky"; "Major General Harrison" which includes a lengthy article signed by him: Wm. Henry Harrison; "Statistical Articles--The Slave Trade" which takes half a column; "Missouri and Illinois" "Colonel Burr" in England; "Logan, the Shawanee Chief" and "White Slaves in Africa".
Sixteen pages, 6 1/4 x 9 3/4 inches, very nice condition.