Home > Back to Search Results > The death of poet James Montgomery...
Click image to enlarge 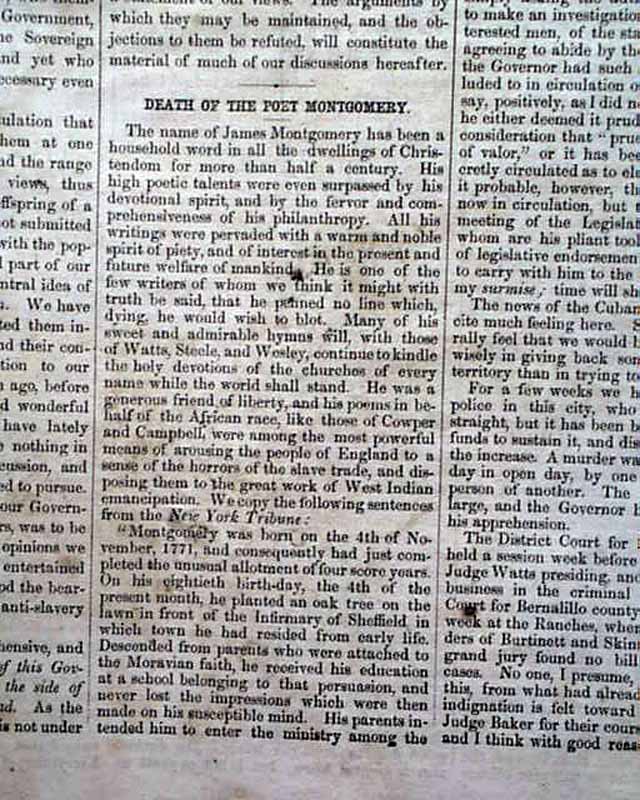 
THE NATIONAL ERA, Washington, D.C., Dec. 18, 1851  Page 3 has a relatively lengthy obituary of James Montgomery, Scottish poet, hymnist, and newspaper editor. Known for his deep Christian faith and philanthropy, his death was reported in most major newspapers throughout the United States. See images for details.

Four pages, and other than dampstining, the issue is otherwise in good condition. Folder size noted is for the issue folded in half.