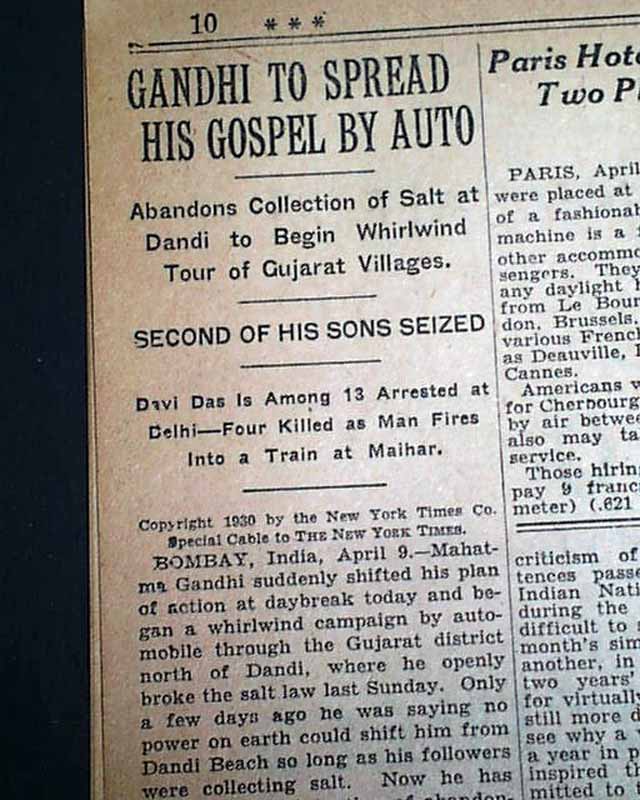 Page 10 has one column headings: "GANDHI TO SPREAD HIS GOSPEL BY AUTO" "Abandons Collection of Salt at Dandi to Begin Whirlwind Tour of Gujarat Villages" and more. (see)
Other news, sports and advertisements of the day. Complete in 56 pages, light toning at the margins, a little irregular along the spine, generally nice.