Home > Back to Search Results > Early from the capital of Florida...
Click image to enlarge 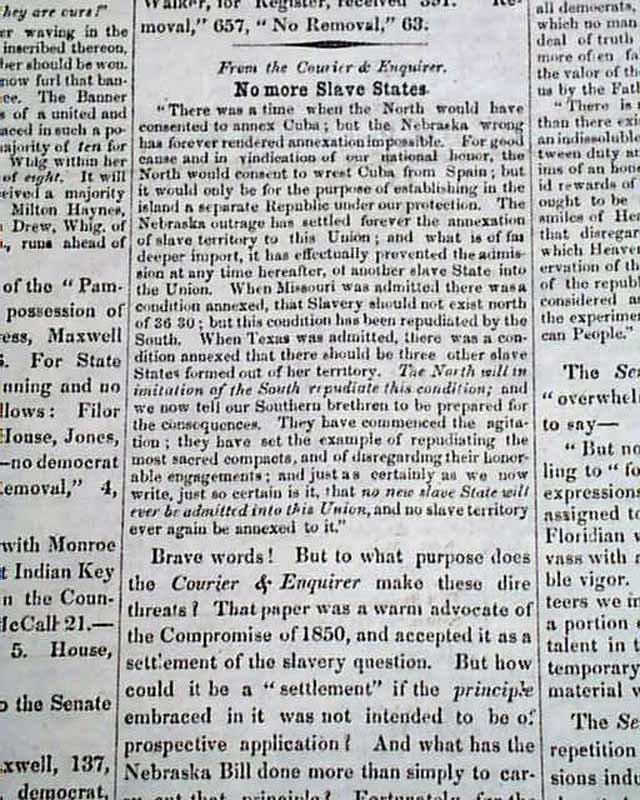 Early from the capital of Florida...

A nice & uncommon opportunity for a very early newspaper from the capital of Florida.
Very rarely are we able to find antebellum Florida newspapers, particularly from the capital. Formatted much like other newspapers of the day with various news reports both local & national, and a wealth of ads as well.
The complete front page is taken up with: "An Act to establish Certain Post Roads" in the U.S., with a listing of hundreds of towns in Pennsylvania, continued from a previous issue & continued in a later one. Among the articles inside are: "No More Slave States" "Florida--The Democrats Triumphant" "The Cotton Crop" & more. .
Four pages, light damp stain near the top, nice condition.

It triggered the great Financial Pani...