Home > Back to Search Results > The second War for Independence...
Click image to enlarge 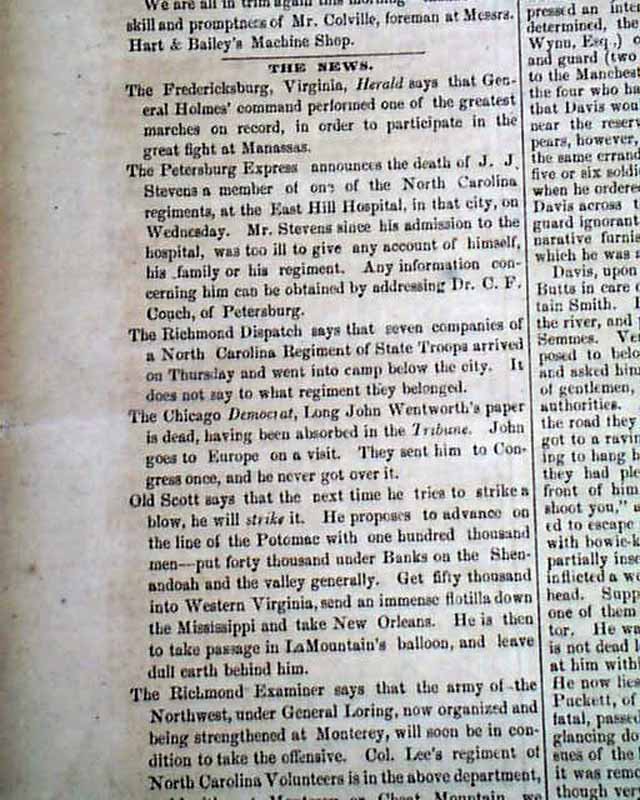 This is one of just a few newspapers which printed: "Confederate States of America" in their dateline.
While the ftpg. is taken up with ads, inside has some war content as well as: "Tragic Affair" "Letters From Two Chaplains of N.C. Regiments" "The News" "Cavalry" "The Great Battle" "North Carolina Volunteers" "A Zouave's Opinion of Southern Fighting" and much more.
Of special note is a great editorial headed: "The Great Battle" which begins: "With mingled feelings of joy & sorrow, with mingled smiles & tears, we read the accounts that have reached us of the first battle fought in the second War of Independence..." with much more.
Four pages, nice condition.