Home > Back to Search Results > The railway system and the cotton trade...
Click image to enlarge 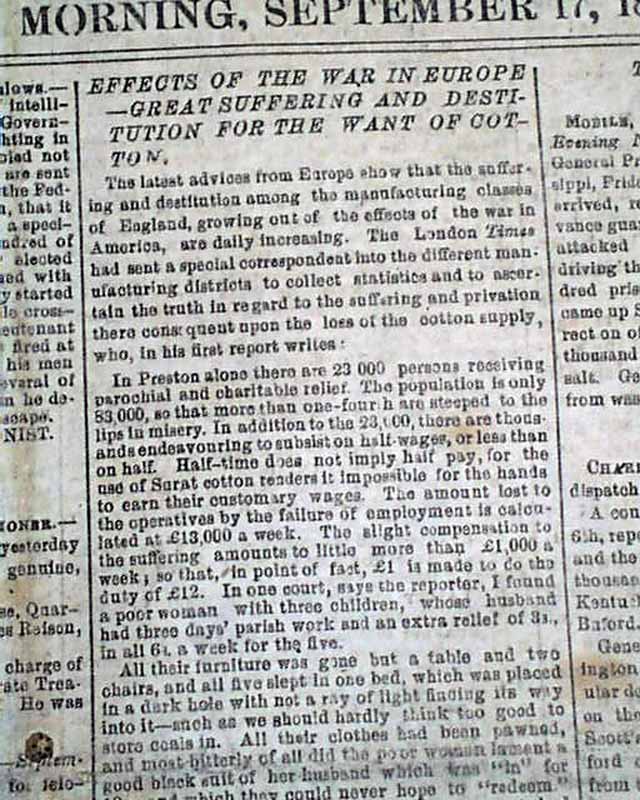 The railway system and the cotton trade...

Not only is this a newspaper from the Confederacy, it is from the capital of the Confederate states. The front page includes: "From The Army Of Northern Virginia" "From Western Virginia" "Latest From the North" "Telegraphic News--From Kentucky--From Tennessee--From Florida" "Effects of the War in Europe--Great Suffering & Destitution for the Want of Cotton" and much from the: "Virginia Legislature" as well as several smaller items. The ftpg. also has: "Executor's Sale of Land and Negroes".
The back page has the always-interesting editorial, this one focusing on the railway system through the South, including: "...The chief highway of travel between our armies in the East and the relatives of soldiers in the South & Southwest is the line of railway running up from Huntsville, Alabama, to Bristol..." and so much more. Also much reporting from the: "Confederate Congress", taking nearly 3 columns.
Complete as a single sheet newspaper, folio size, never bound nor trimmed, some minor margin tears, generally good.