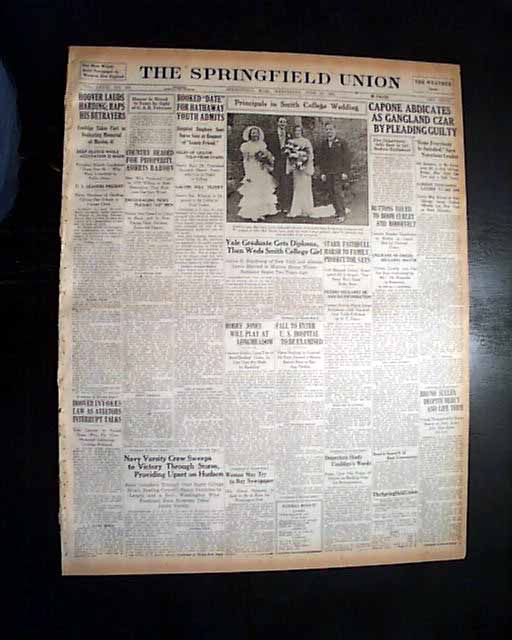 The top of the front page has a two column headline: "CAPONE ABDICATES AS GANGLAND CZAR BY PLEADING GUILTY" with subheads. First report coverage on Al 'Scarface' Capone pleading guilty Income tax evasion. He would later retract his plea after he realized the potential penalty he would receive. He would eventually be found guilty later that year which would end his criminal career.
Complete with 28 pages, light toning at the margins, minor spine wear, generally in very nice condition.