Home > Back to Search Results > Conflicts on how to empower a federal Congress... Building factories in Asia?
Click image to enlarge 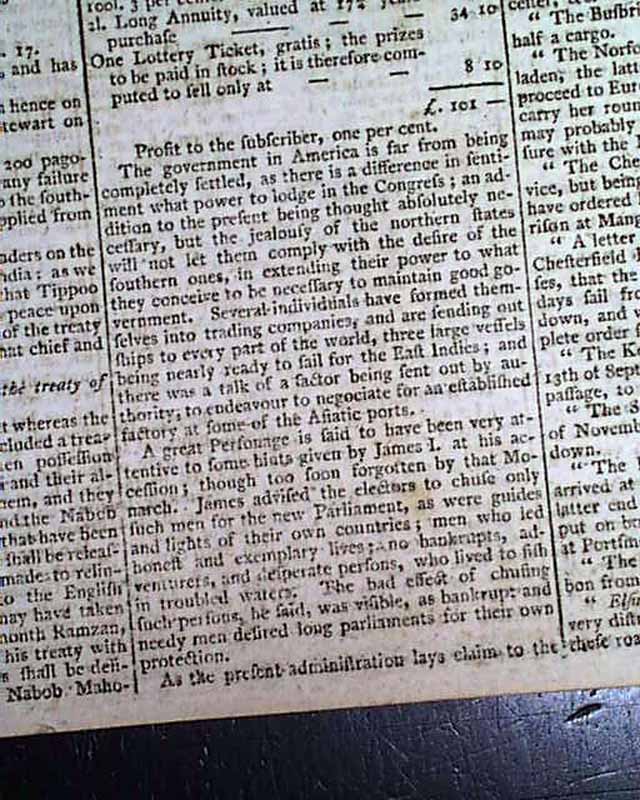 Conflicts on how to empower a federal Congress... Building factories in Asia?


THE EDINBURGH ADVERTISER, Scotland, April 27, 1784  Page 3 has an item noting: "The government in America is far from being completely settled, as there is a difference in sentiment what power to lodge in the Congress; and addition to the present being thought absolutely necessary, but the jealousy of the norther states will not let the comply with the desire of the southern ones...Several individuals have formed themselves into trading companies...to endeavour to negociate for an established factory at some of the Asiatic ports."
Eight pages, 8 1/2 by 11 12 inches, minor rubbing to the front page only, nice condition.