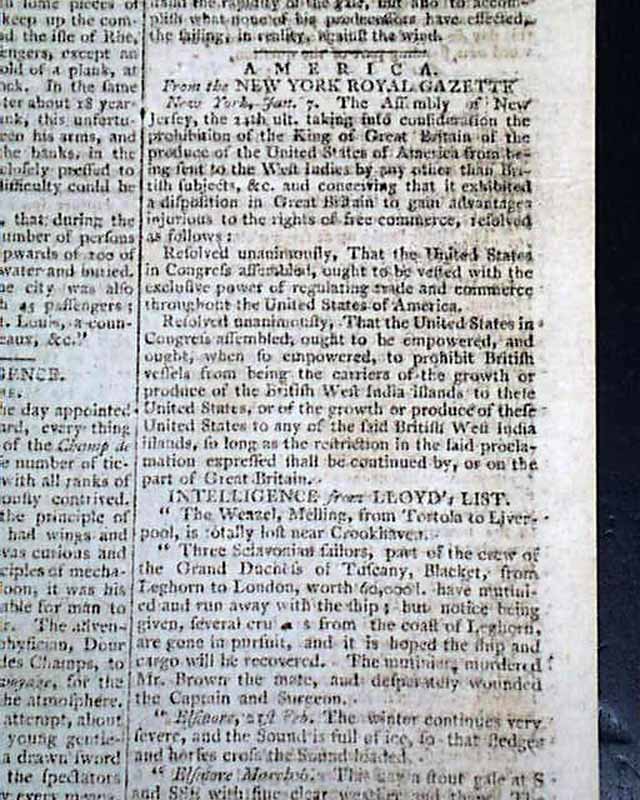 
THE EDINBURGH ADVERTISER, Scotland, March 23, 1784  Page 3 has a report headed: "America - From the New York Royal Gazette" which was loyal to the British during the Revolutionary War. It notes in part: "...Assembly of New Jersey...Resolved unanimously, that the United States in Congress assembled, ought to be vested with the exclusive power of regulating trade & commerce throughout the United States of America...That the United States...out to be empowered & ought...to prohibit British vessels from being the carriers of the growth...of the British West India islands..." with more.
Eight pages, 8 1/2 by 11 12 inches, nice condition.