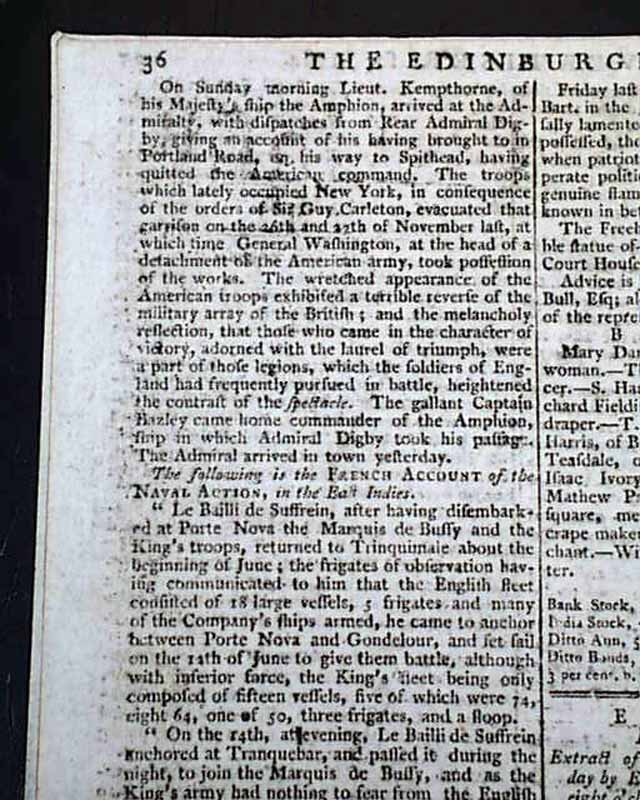 Page 4 has a report noting in part: "...Admiral Digby...having quitted the American command. The troops which lately occupied New York, in consequence of the orders of Sir Guy Carleton evacuated that garrison on the 26th & 27th of November last, at which time General Washington, at the head of a detachment of the American army, took possession of the works. The wretched appearance of the American troops exhibited a terrible reverse of the military array of the British..." with more.
Eight pages, 8 1/2 by 11 12 inches, nice condition.