Home > Back to Search Results > Broadside edition on the Battle of Ushant...
Click image to enlarge 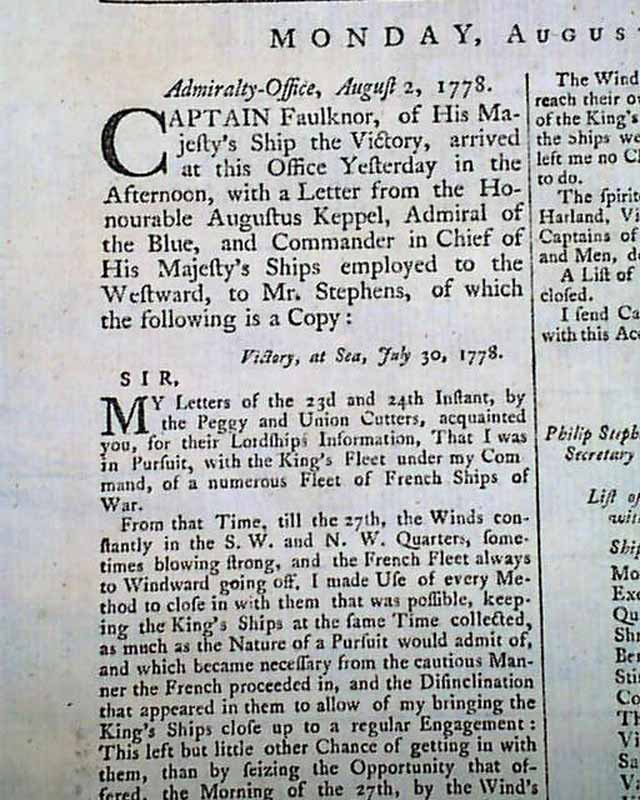 Broadside edition on the Battle of Ushant...


THE LONDON GAZETTE EXTRAORDINARY, England, Aug. 3, 1778  A rare single sheet broadside edition (printed on the front side only), published outside the normal printing schedule due to an historic report.
This issue has the details of the Battle of Ushant, fought between French & British fleets 100 miles west of Ushant, a French island at the mouth of the English Channel off the north-westernmost point of France. The battle ended indecisively & led to political disputes in both countries.
The main portion of the text is a detailed letter signed by the British commander: A. Keppel. Included as well is a chart of the killed & wounded by ship.
Complete as a single sheet, 7 3/4 by 12 inches, printed on the front only, great condition.