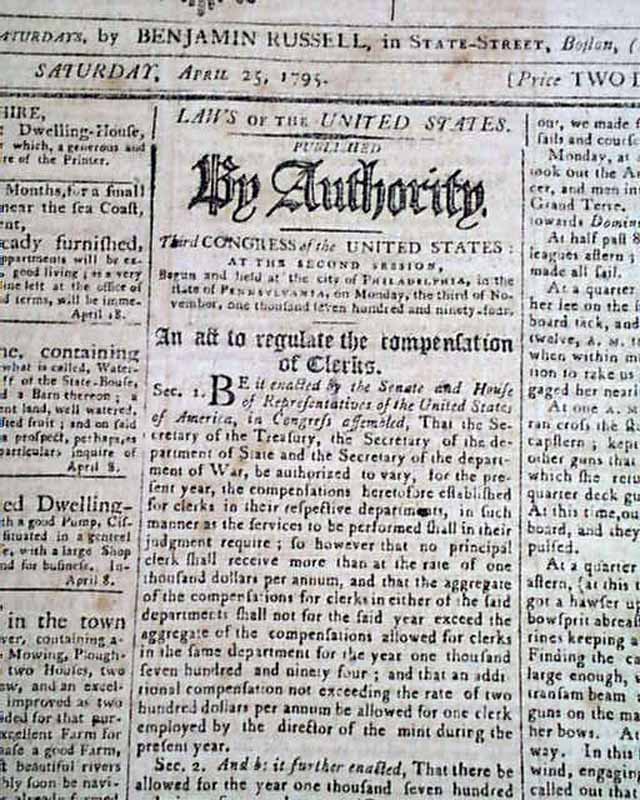 The top of third column on the ftpg. has: "Laws Of The United States" "Published By Authority" "Third Congress of the United States". Hereafter is the text of: "An act to regulate the compensation of Clerks...", signed in script type: Go. Washington.
Page 3 has a lengthy document headed: "Treasury Department--Proposal...for building a Light House on Sequin Island near the mouth of the Kennebeck River...coast of...Maine..." with considerable detail on how it is to be built
Nice to have on the front page as this title was one of the few from this period to feature script signatures of George Washington.
Four pages, scattered foxing, nice condition.