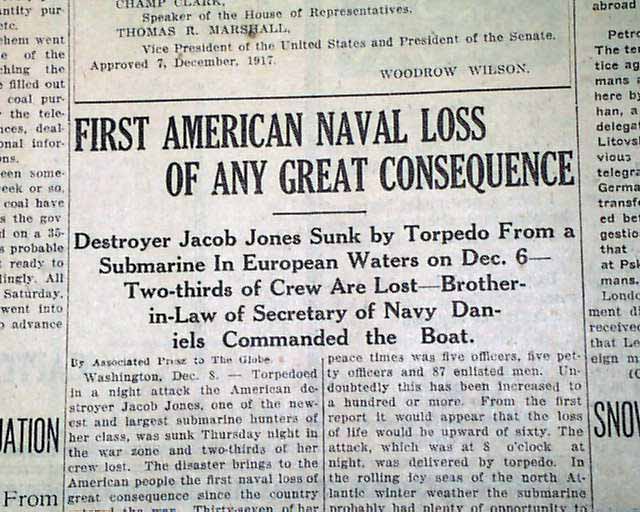 Near the middle of the front page is a report: "FIRST AMERICAN NAVAL LOSS OF ANY GREAT CONSEQUENCE" "Destroyer Jacob Jones Sunk by Torpedo From a Submarine in European Waters on Dec. 6---Two-thirds of Crew Are Lost...".
As the Jacob Jones was steaming from Brest, France, for Queenstown, she was torpedoed and sunk by German submarine U-53 with the loss of 66 men, becoming the first United States destroyer sunk by enemy action.
Ten pages, browned at the margins, foxing at the fold, otherwise good.