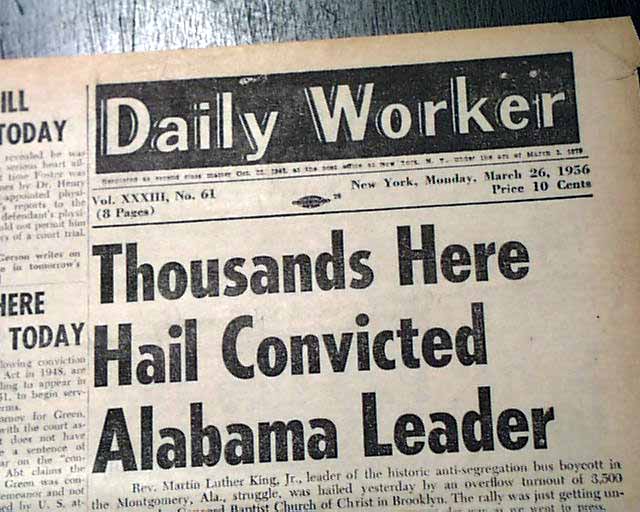 The top of the front page has: "Thousands Here Hail Convicted Alabama Leader" with the text beginning: "Rev. Martin Luther King, Jr., leader of the historic anti-segregation bus boycott in the Montgomery, Ala., struggle, was hailed yesterday by an overflow turnout of 3,5000 persons at the Concord Baptist Church...Rev. King, the first of 90 Negroes to be tried for violating a 1921 Alabama anti-labor, anti-boycott law, was found guilty Friday and fined $500..." with more.
This is on the Montgomery bus boycott, a political and social protest campaign against the policy of racial segregation on the public transit system of Montgomery, Alabama. It was a seminal event in the civil rights movement.
Eight pages, rejoined at the spine, nice condition.

Note: this newspaper was published by the Communist Party USA, ending in the mid-1950's.