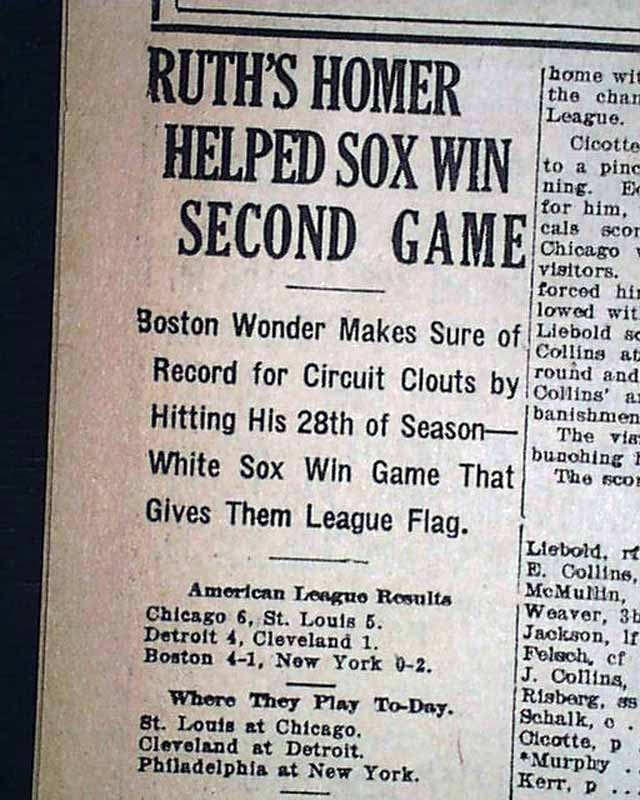 A column head on the sports page notes: "RUTH'S HOMER HELPED SOX WIN SECOND GAME" with subhead "Boston Wonder Makes Sure of Record for Circuit Clouts by Hitting His 28th of Season -- White Sox Win Game That Gives Them League Flag".
The text notes in part: "...Ruth broke the home run record of 27 made by Ed Williamson in 1884 driving the ball over the roof of the right field grandstand in the ninth inning of the second game...". The box score is included.
Also the reporting on the Chicago - St. Louis game in which: "...Joe Jackson's single in the ninth inning was the blow which made Chicago the club which will meet Cincinnati...".
Twelve pages, irregular at the spine, various tears at the margins, must be handled carefully.