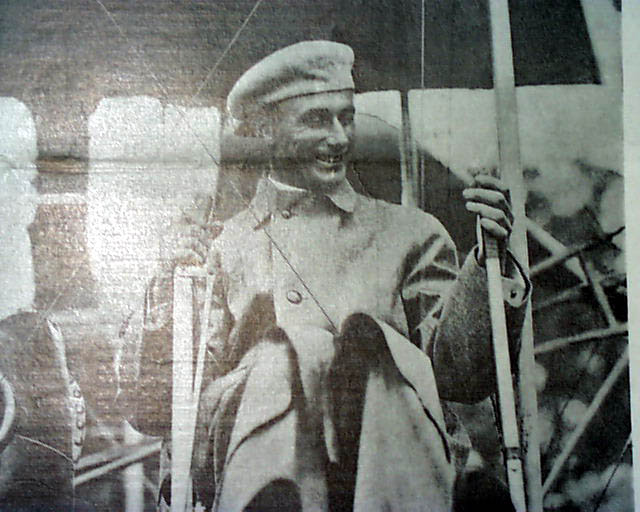 
SCIENTIFIC AMERICAN, New York, September 9, 1911  Full page. photo: " Atwood in the Aeroplane in which he flew from St. Louis to Chicago and afterward from Chicago to New York." Report inside with two photos: "Atwood and His St. Louis-New York Flight" & another report: "Scientific Developments in Aerial Navigation".
This is complete in 16 pages and is in very good condition.