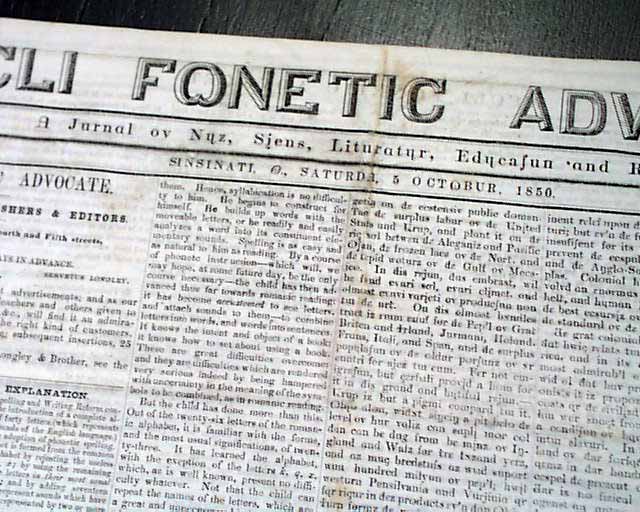 [Weekly Phonetic Advocate, Cincinnati, Ohio]  This is one of the more curious newspapers of the 19th century.
During this time there was a movement afoot to create a new mode of writing & spelling: to spell words as they sounded, phonetically. Obviously it never caught on, but it did result in this unusual newspaper which is almost entirely written phonetically. This newspaper lasted a bit over 3 years.
The front page: "Explanation" begins: "The Spelling and Writing Reform consists in the introduction of a complete alphabet of 40 letters (which represents all the sounds of the English language.)..." with more, and adjacent to it is the: "English Phonetic Alphabet".
Four pages, library stamp in the masthead, nice condition. 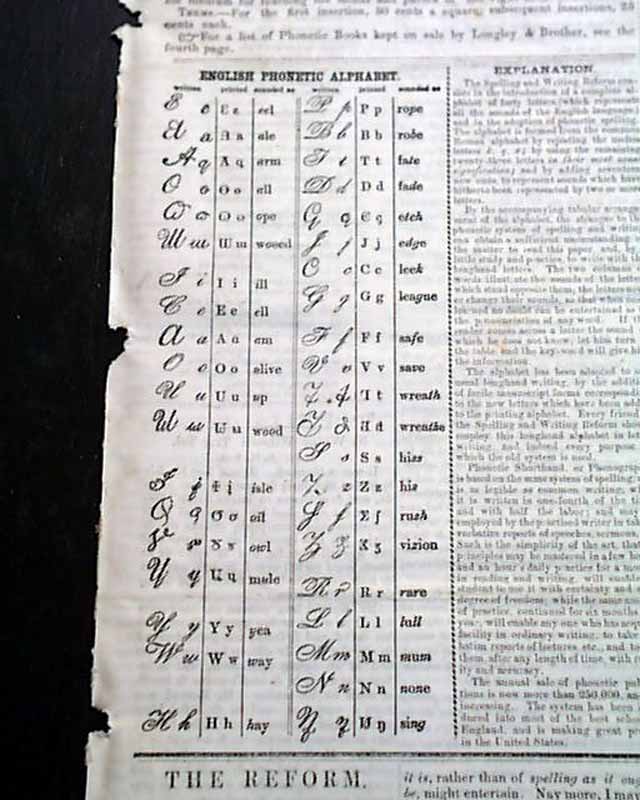 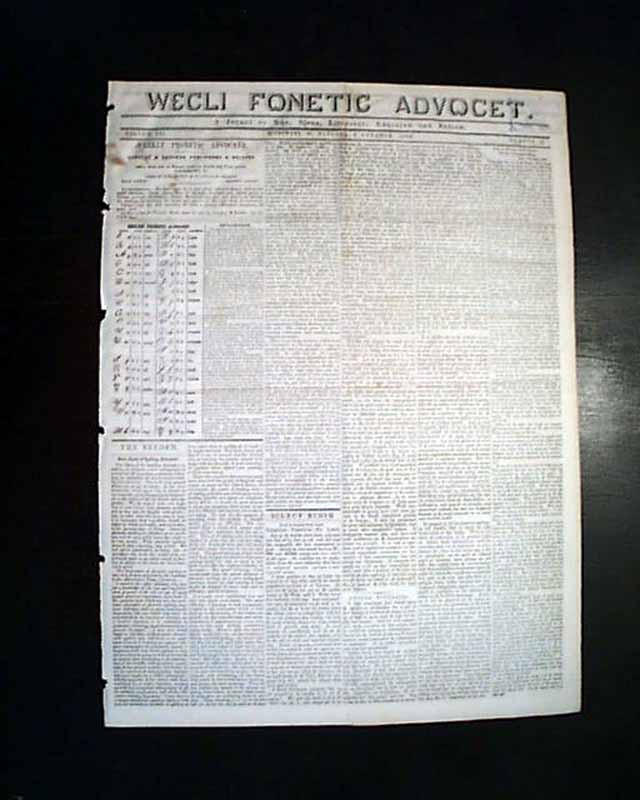