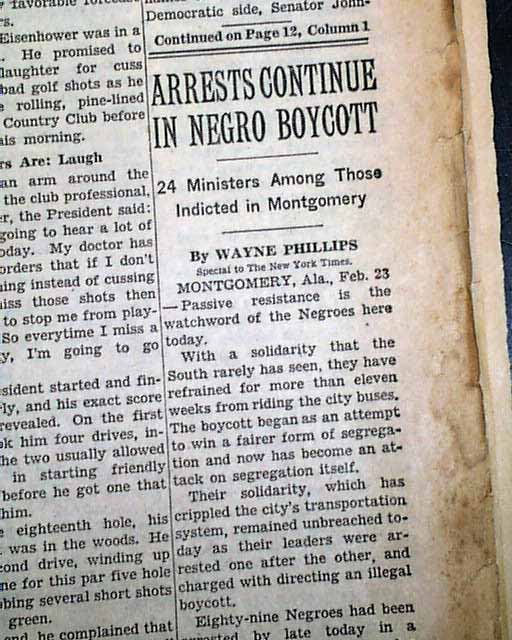 The front page has a one column heading: "ARRESTS CONTINUE IN NEGRO BOYCOTT" with subhead: "24 Ministers Among Those Indicted in Montgomery" (see) Coverage on multiple arrests of several Negroes during the bus boycott in Montgomery, Alabama.
Complete with 26 pages, light toning and a little wear along the central fold and margins, generally in good condition.