Home > Back to Search Results > Independence granted to the American colonies...
Click image to enlarge 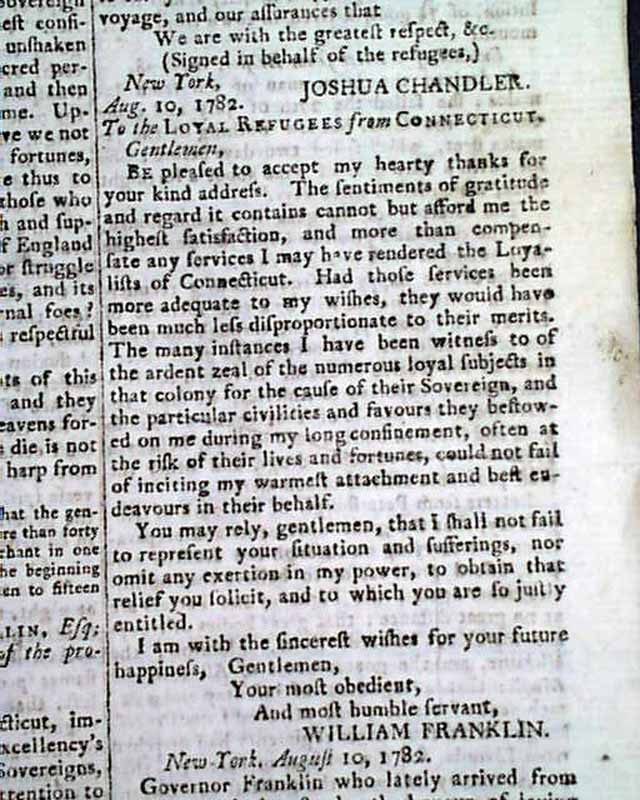 Independence granted to the American colonies...


THE EDINBURGH ADVERTISER, Scotland, Oct. 4, 1782  Inside has a letter signed in type by: William Franklin, written: "To the Loyal Refugees from Connecticut". Franklin was the son of Ben Franklin, governor of New Jersey, and a staunch Loyalist through the Revolutionary War.
This is followed by a report beginning: "Governor Franklin who lately arrived from New York, had yesterday the honour of laying before his Majesty the addresses of the Loyalists in New York to his Majesty and Commissioners on the very extraordinary epistle of the latter to the rebel General Washington, declaring the Colonies Independent States, without any stipulation whatever..." with more.
Eight pages, 9 by 11 1/2 inches, good condition.