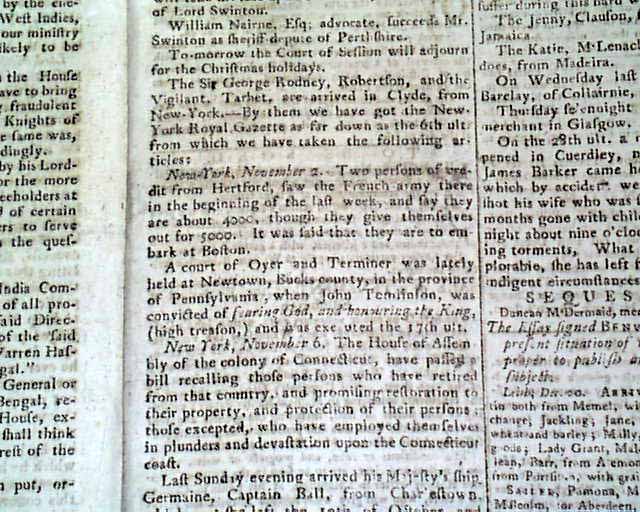 Inside has reports with datelines from New York & Richmond, mentioning in part: "...the French army...are about 4000, though they give themselves out for 5000. It is said that they are to embark at Boston." and also: "...when John Tolinson was convicted of fearing God and honouring the King (high treason) and was executed the 17th...". And also: "...colony of Connecticut have passed a bill recalling those persons who have retired from that country & promising restoration to their property & protection of their persons; those excepted who have employed themselves in plunders and devastation upon the Connecticut coast." And: "...a fleet having sailed from it for St. Augustine...with two regiments of Provincial troops & a great number of loyalists on board. Another fleet was preparing to sail from Charlestown...". More as well.
Eight pages, 9 by 11 1/2 inches, minor loss to a bit of an inside margin, good condition.