Home > Back to Search Results > Horrid murders by Indians... War of 1812...
Click image to enlarge 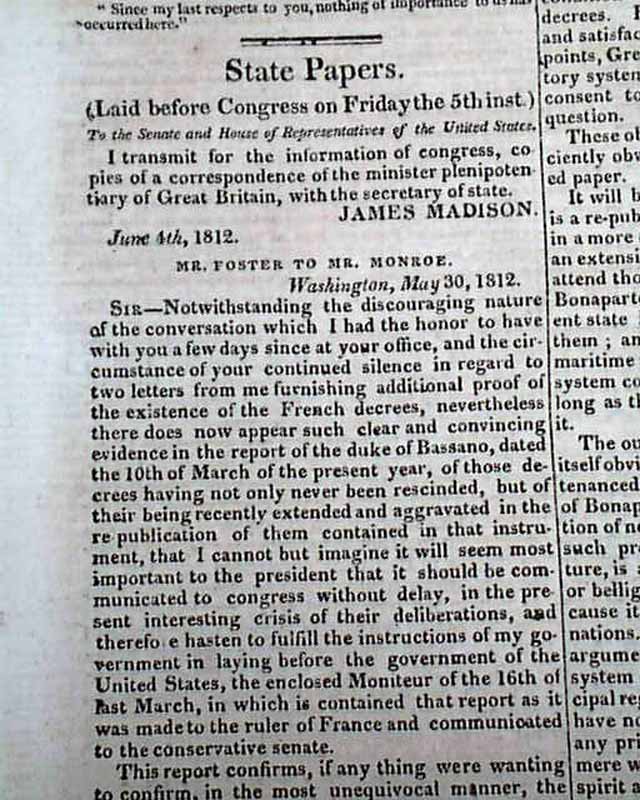 
THE WEEKLY REGISTER, Baltimore, June 13, 1812  Several pages are taken up with correspondence & documents between the United States and England relating to the upcoming War of 1812. Several documents are signed in type by the Secretary of State, James Monroe.
The bkpg. has most of a column headed: "Indian Murders" which details: "...the late inhuman murders committed on the Tennessee river...this beggars all description! Language cannot portray nor imagination scarcely conceive this unequaled scene of hellish barbarity..." against the families of Mr. Manly and Mr. Crawley.
Sixteen pages, 6 by 9 3/4 inches, nice condition.